Partizan - Invasion of the Sugar Islands

Today I kept up the tradition of putting on a demo game at the Newark show - first started many moons ago when it used to be held in a school sports hall!,

I had intended all along to do a game based on Stuart Insch's booklet on the invasion of the Sugar Islands and then fate intervened.

Whilst at Falkirk last week Captain Jack (Stuart Hutchinson) put on a most impressive pirate demo game on an 18x6 table which was essentially 3 6 foot square tables each one representing an island.

What was even better was that he said they were for sale, one volcano island was already spoken for but without hesitation Gavin (Gaming Figures) and I bought the other two sets - a quick tweak of the scenario and we rolled up at Partizan with our new game 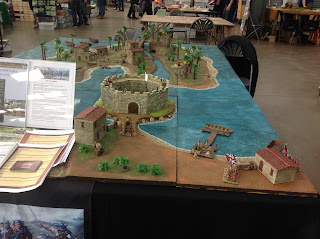 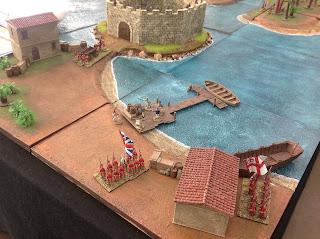 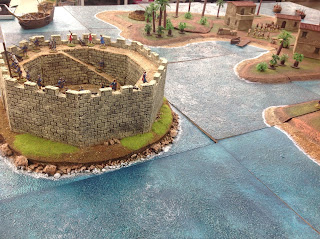 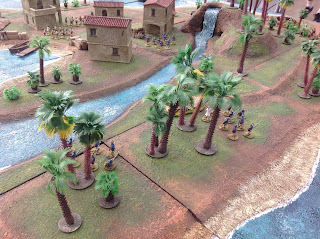 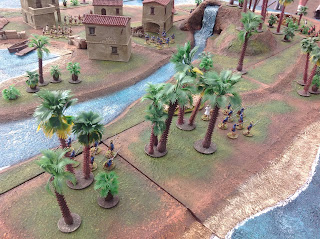 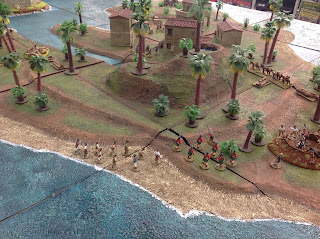 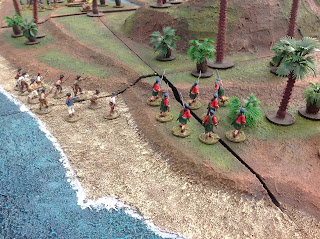 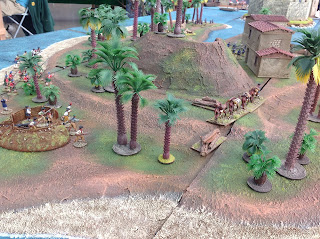 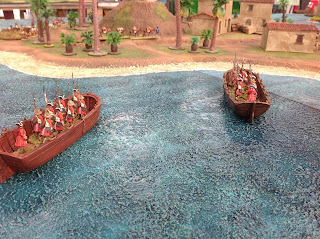 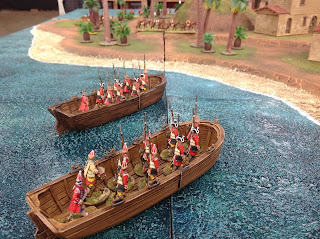 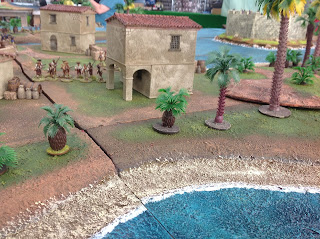 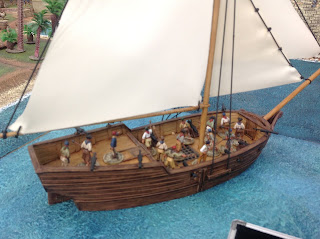 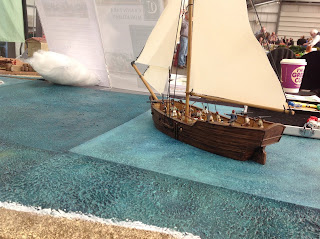 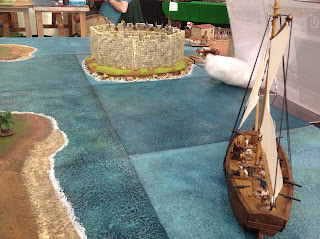 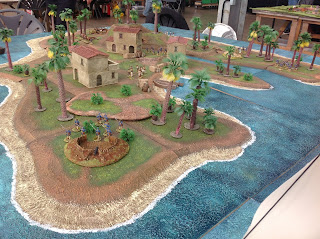 So the terrain boards were made by Stuart and that included the fort. The houses are by Games of War painted by Gavin. The ship and boats are Firelock games from their blood and plunder range. The landing stages are by Games Workshop from their ' laketown building kit. With the exception of the militia which are Minden miniatures the remaining figures are either from my Crann Tara range or conversions of my figures.

I shall do another post on the show itself suffice to say it broke all their records for attendance.
In terms of the game we used Musket and Tomahawks and bound three neither of us could believe the incredibly poor dice throwing by me for the Brits who by the end of the day had been forced to retire.
I sold all the copies of Stuart's booklet which means ((I think) it is now out of print - time for a second print run I think.