Whilst tidying the gaming cabin up I thought it was about time to deploy the British army that are currently painted.
With the exception of some dismounted dragoons and a couple of guns here they are!
For some reason half the images from the ipad wouldn't upload but hopefully you will get a taste 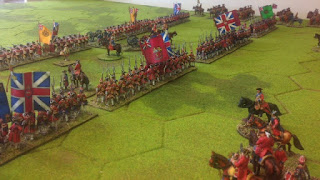 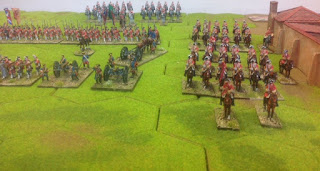 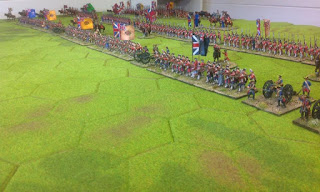 One more Guard battalion and five more line to go together with 6 or 7 squadrons of horse and then some militia
Posted by Graham C at 15:59 6 comments:

Just a short reflective post and I'm sorry if I ramble.
Following my divorce its enough to say that times were turbulant especially with my son who was 12 at the time and many years passed where his resentment, hurt etc all came to the fore. Enough to say that I often wondered if I could ever put things right.

18 months ago he asked if he could move in with us, he had been seeing a a girl from America and he wanted to emigrate and marry her, he was finding it hard to live at home with his mam. My wife despite reservations said he should live with us.

Despite some ups and downs we've put a lot of things right, father and son time has been spent doing all things we often talked about but never did - we haven't quite completed the list as whilst 18 months seems a long time it soon passes and Friday saw us have our last big wargame - a 30k Sci.fi game was his wish and it was most probably one of the most fun games we had but tinge with sadness that it was our last until whenever!

The weekend has been hard helping him pack and sort things out and identifying what else I need to post out.

Tomorrow will be harder as we go to Newcastle airport and he flies off to pastures new in Georgia.

It comes to all families I know and as we get older Life becomes a series of good byes and just reinforces that we shouldn't squander our time.

So my son will start his new life and with luck I will be out there next year for his wedding.

Missing him already ( think he's hoping for a part on Vikings series 6 :) ) 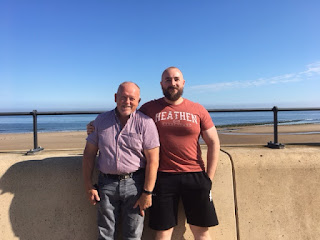