Managed to finish off the six figures this morning and take some better photos. Hoping to get figures sent off this week for production mould to be made. 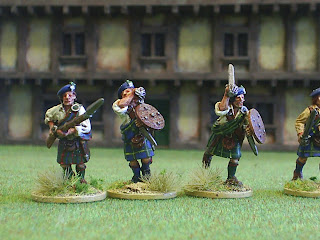 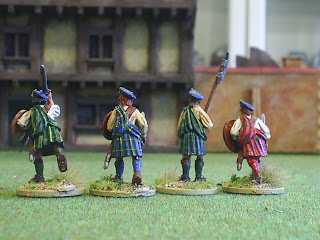 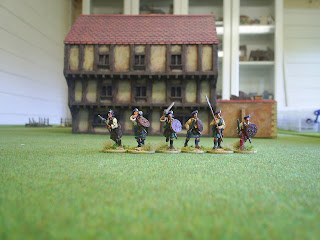 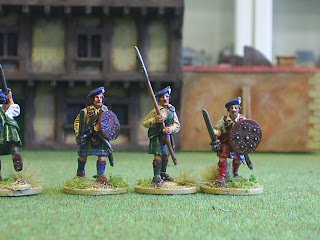 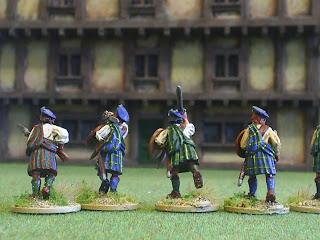 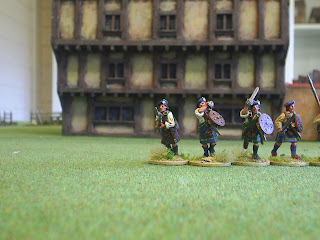 The figures all come open handed so there's quite a variety of weapon changes. I also have had some pistols made up which can add to the options. Hope you like them.
Posted by Graham C at 12:11 13 comments:

Well it was my Birthday on Friday but as the kids are now grown up, have jobs etc it sort of staggered through the weekend.
Inspite of the advancing years (not too old though) it was nice with some nice pressies, The War Game rules, training gear a couple of bottles of a bourbon liquor which is smooth and goes down oh too easily and a few other bits and bobs.
My wife has said if Salute is on my Birthday next year then I should go, such temptation.
To top all that Stewart at Griffin moulds turned my masters round in rapid time and the Metal masters came on Friday as well. ( very hard to show enthusiasm for the pressies when I wanted to play with the shiny new toys). I have to say they are even better than the greens (is that possible?)
Any wayt I had enough cast so I can play around with production mould content and also allow me to paint some. 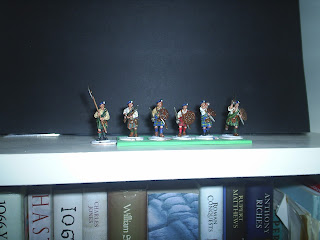 They're not quite finished as I type this and the lighting in the study at this time of night is atrocious and does no justice to the figures but I couldnt wait to post one pic. Some proper ones will come tomorrow.
Dont look too closely as I say because the lighting does all sorts of things to the painting.

Next step is to post the greens back this week to Richard for six new sculpts and get the above into production.
Posted by Graham C at 20:54 2 comments:

Great news Richard sent me the completed greens, the pics below show the completed 6 figures and the weapon/Targe etc.
I think I had them in my hands for less than two hours before they were repacked and shipped off to Stewart at Griffin moulds for the master mould to be made.
Not certain how long thats going to take. I've also decided that I will sell them under Crann Tara (Fiery Cross) Miniatures the symbol used by the Clans as a call to arms for war.
Initially I will make the figures available through this blog, but as the range expands I will look at either creating another site dedicated to the figures or a web shop! At least that's the initial thoughts.

Now onto the pics 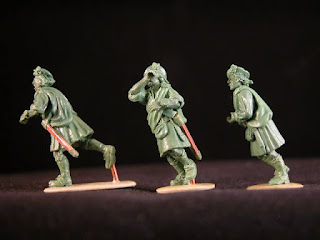 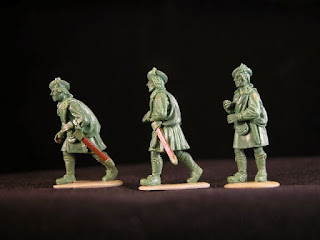 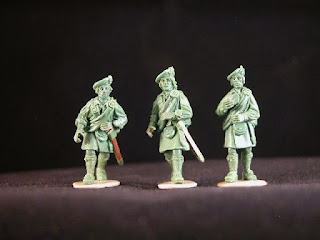 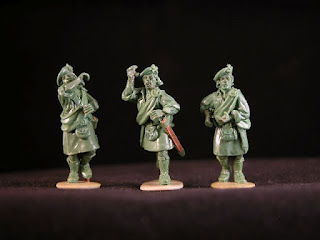 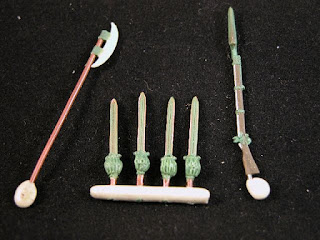 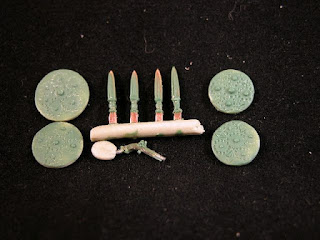 My initial thoughts would be to sell the figures in sets of 3 with a full set of all the weapons/targes etc that maximises the opportunities for conversions etc. Thoughts?
Anyway jus got to be patient now for the update from Griffin!
Posted by Graham C at 19:27 4 comments:

Full of excitement (sad) as Richard has sent me some pics of my first set of Highlanders, as stated before these are all in shirts and after much deliberation Richard has decided to make them open handed to make maximum use of the weapons he will be sculpting. It will also increase conversion opportunities. 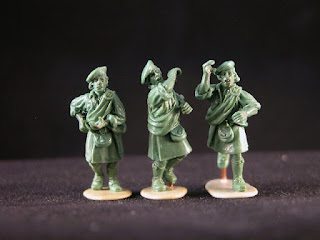 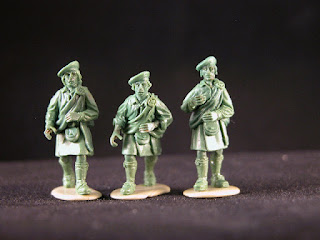 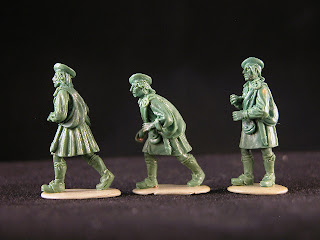 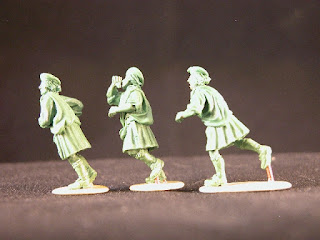 Well I like them what do you think? after these are cast there will be another 6 in jackets foloowed by some bits and pieces. I haven't decided if I should make these commercially available, sell them through the blog or just be selfish (which I'm not)

Eager to get them cast and get some paint on them!
Posted by Graham C at 19:16 9 comments: