Yesterday I attended Colin's ( from http://www.carryingsonupthedale.com/ ) for a refight of the Battle of Kolin using the Honour of War rules.

Now Colin is going to do a detailed write up of the game and battle which is just as well because before I played the game all I knew of the battle was that Frederick was outnumbered and he got beat!!!

Five of us in total spent a full day gaming and here's some photos taken during the game I shall not give anything away
Robbie laughing at our outnumbered forces and reminding us who won! 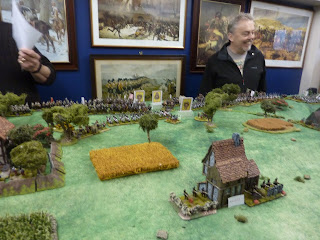 The garrisoned village of Krezczhorz a primary objective for the Prussians 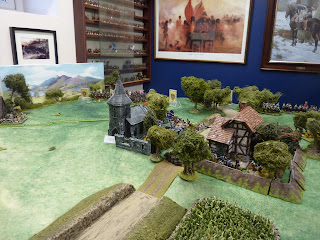 Lots and lots of Austrians facing the Prussian right flank 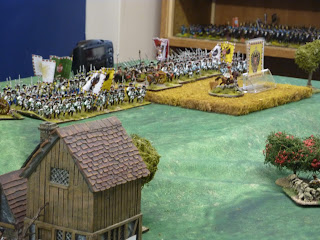 Zieten sacrifices some Hussars to stall the Austrian right flank 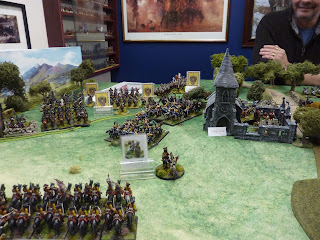 Robbie pondering about the dawdling Austrians in the centre 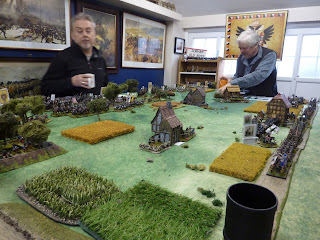 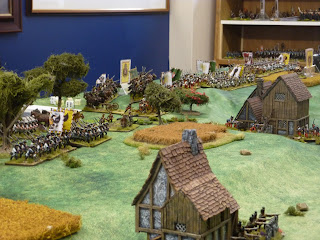 Prussian Cavalry on the left taunt the Austrians to come forward. 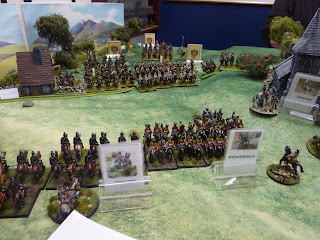 Robbie getting excited that his Austrian artillery actually hit something 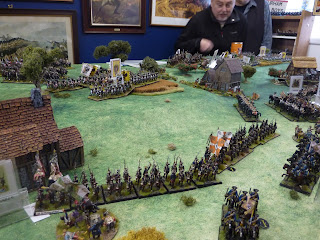 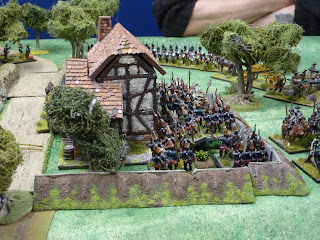 The massed Austrian cavalry attack pour through the centre. 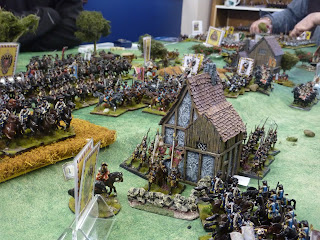 Things I learnt on the day - Colin is a great host and has a lot and I mean a lot of painted figures.
His wife makes exceedingly good soup.
It was a cracking game and I actually like the Honour of War rules with suitable amendments regarding cannister range which is way too long in the rules.

First and foremost not a bad week on the workbench front, Munro's foot ( 62nd) are all finished, the Scots Grey conversions are painted and the metal masters off to Griffin for casting.
The Westfalia forge sutlers cart is ready for priming and and a few pieces to be added for a vignette.
The reinforcements for my Lion Rampant Scots creep to the front as do some FIW indians. 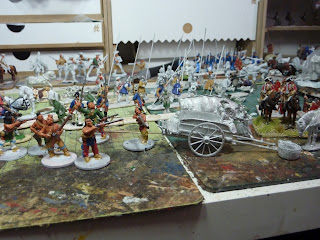 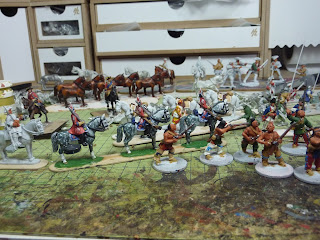 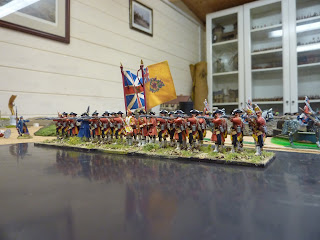 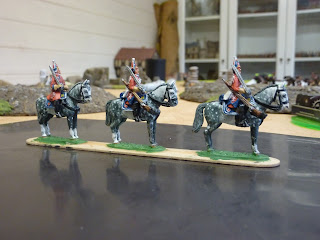 Even better that tomorrow I'm off for a game at Colin's - Battle of Kolin and I'm trying the Honours of War rules, looking forward to it.

I also received volume 1 of Charles S Grant's latest publication in the new Refighting History.
Published by Caliver Books this large format 112 page publication is superb. With plates by the late Bob Marion, Menzel, superb pen and ink drawings and superb photo's of Charles' and John Ray's collections it looks great quality and to make it even better its a great read. 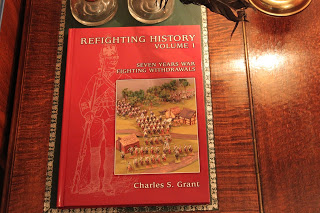 Progress this week has not be as I'd hoped, partly due to the fact that I painted the wrong cuff colours on half of Munro's regiment who are now based and waiting for the base to dry before the ground is painted and standards issued.

According to the cloathing book the regiment had red cuffs with yellow lace up until 1748 when it the adopted standard practice of cuffs, turnbacks etc all being the same.

Asa result I didn't get the conversions/new releases finished but maybe this weekend, I also finished off a base of Belgian Napoleonic infantry (20mm Newline design) based for the Blucher rules - quite pleased with the number of figures etc so may progress with this project!!! 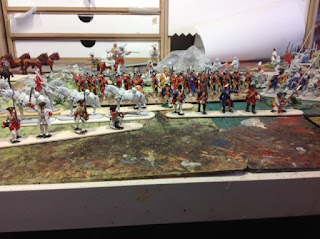 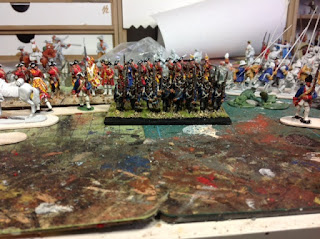 I don't intend to reflect too much on last years achievements ( or not) suffice to say that this year needs to see more gaming, more painting and more blog posts!!

A quick snap shot of the work bench as I eventually find some time to return to normality - I have a busy for weeks before a quick trip to Chicago and upon my return it will be head down to prepare for Salute and as far as this blog is concerned to prepare a game for Partizan - the theme 1744 and Marshall Saxe's proposed invasion of England to place Charles Stuart ( the young pretender) on the throne.
It will be played out as a mini campaign by some of the lads at the club and will culminate (I hope) in the final battles at the Newark show. The campaign is based on my article from the Wargames Annual Summer special 2015. and will be reported upon on here.

Now to the pics. 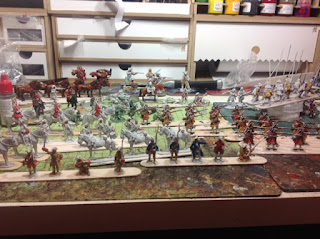 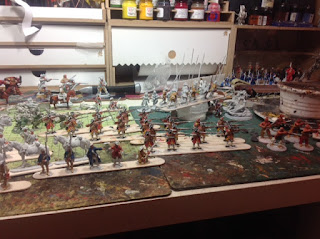 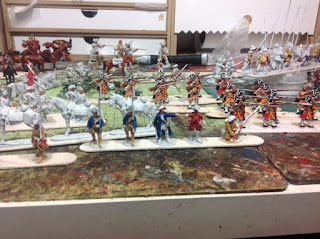 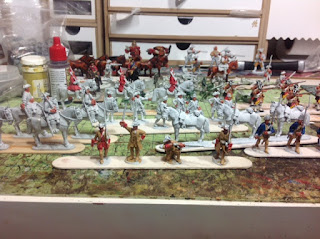