Just for Lee and Tamsin (and anyone else interested) 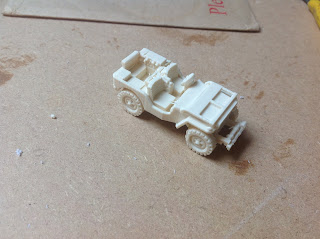 Airborne radio jeep, I got the orientation slightly wrong so front wheels need a bit of repair but the next one I do will be fine.
Next Lee asked about the Shermans- the Sherman and Bren Carrier are both printed in resin, the Sherman worked out at just over a £1 the Bren about 0.32p.
Then I did a Kangaroo ram on the fdm - cost 0.38 p and photographed against a commercial one £4.00 retail! Yeah on the fdm you can see some lines and they can be minimised but for me by the time painted etc and on the table they will hardly be visible.

The bastion by the way cost about £15 but I'm going to increase the'infill' which could reduce the cost to around £12 - not bad I think. 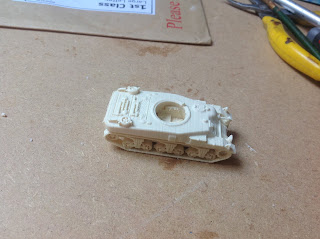 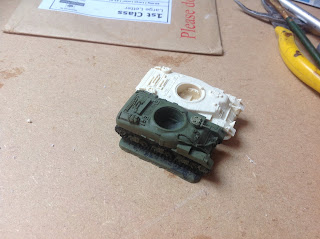 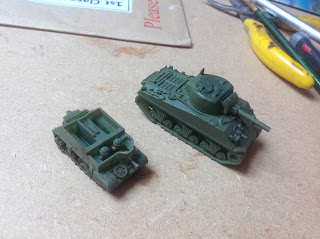 i know you may be mighty bored of this by now 🤣 However the final parts for the bastion are done, I'm well impressed.
I shall now do some walks etc and let you have a rest before there's any more printing updates. 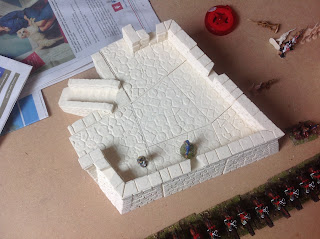 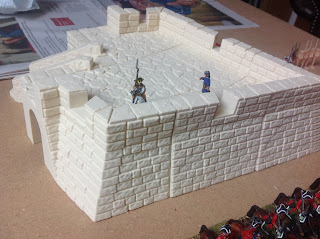 Half way there on the first bastion 😀 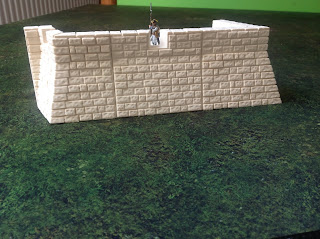 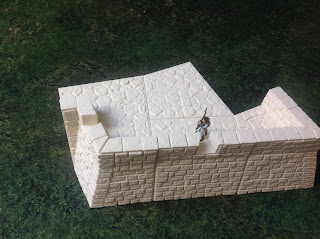 And if you thought I had forgotten the figures I've finished basing 2 squadrons of the British 6th Horse and a 15mm Ancient Greek army
No photos of the Greeks yet but here's a hasty photo of the British Horse. 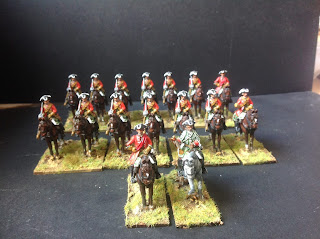 Well after the mammoth 22 hour print the first two pieces of the first bastion is complete, the next two pieces I think I will print one at a time.
I scaled it down slightly and printed at 90% - I think it looks fine with the figures - so onwards and upwards 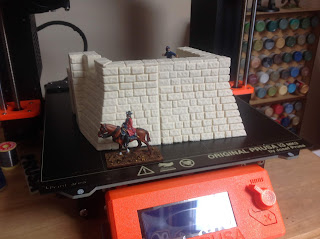 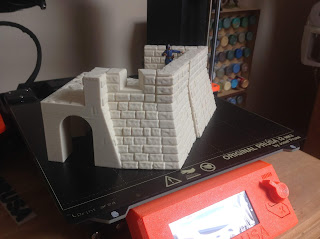 More printing and what of the future?

well up and running early today 🤣 First the resin printer is busy printing some 15mm jeeps! But last night I printed some more Prussians etc. In particular the Fusilier NCO and the first draft Austrian Grenadier.
The Grenadiers hat is too tall and musket too fine and fed this feedback to Dan but I like the position and it's going to be a good figure. The Prussian Fusilier NCO came out really well and I like him. 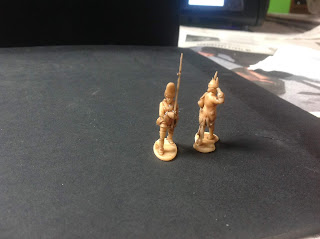 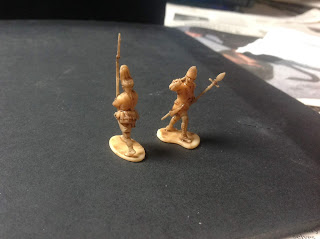 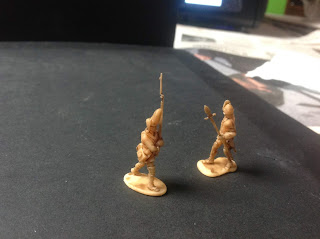 I'm using a new skin coloured resin which works well and seems less brittle dare I say it you could just about print and play 🤣
Onto the Vauban - I mentioned I was going to print this at 90% size quite an arbitrary reduction but as you know the CT figures are quite slender and I'm hoping it works ok if not we shall have to scale up! So the first two parts of the bastion are on the go and as it shows on the screen - estimated 22 hours so will post results tomorrow! 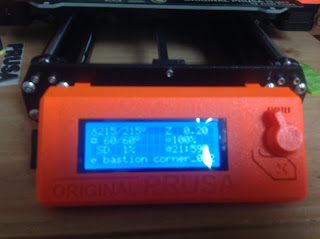 So at the club last night we got talking about the future of the hobby with all this technology - as it turns out there are now 6 of us with 3D printers - only me with a resin printer and whilst I'm new to the hobby some of the chaps have been very busy. Robbo had printed out the start of his Roman city wall! in 28mm - gate house towers etc and about 4 town houses in material about £12!!

When I did the 15mm Sherman it cost around £1 in resin the Bren carriers 0.35p the recent 40mm figure prints I did were about 30p each!

Now of course we discussed the initial outlay but in terms of the maths if 2 or 3 people grouped together it wouldn't take long to recoup the costs of both the machine and the materials.

Now I think it will be a long time before the figure manufacturers have to worry although I would be quite happy printing 20mm or smaller figures on the resin printer for use on the table.

However in terms of terrain  - with so many free files on offer or bundles of terrain at not a lot I really can't see me buying any more buildings add to that the ability to print in almost any scale so I can print the Vauban for example for 6mm right up to 40mm! then why would I. In terms of time then really apart from making sure everything is fine at the start then really the machines can be left to their own devices so we said for companies such as Hovels etc then maybe their days are numbered?  It may even have an impact on the plethora of MDF makers out there

As with all things rather than being a doom merchant I would prefer to embrace the change and see where it takes us. 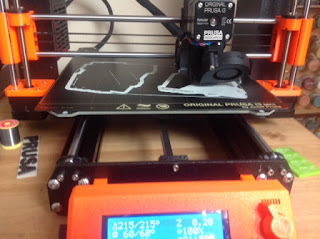 well after much deliberation I bought myself a Prusa MK3s fdm printer!  I have two projects for the 18th century figures I'd like to get done. The first is to build a harbour and docks with dockside buildings etc.  Printable Scenery seem to do a nice range that will fit and I also would like to be able to build a Vauban fortress.
Laserdream works do an excellent set of files to fill this gap.
Now an fdm printer is far less messy than a resin printer but the 'slicing' software for the two machines is very different so by way of an experiment and to start the learning I downloaded a free 'test' file from Laserdream works and set to.
The result can be seen below. I'm more than happy with the outcome and am now working out what I need to print!

The other consideration is if I scale it down slightly - the great thing with the printers is the ability to scale up or scale down and certainly some of the buildings I'm looking at producing are designed for the 'heroic' 28mm and will be scaled down to take up a far smaller footprint.
In the meantime here's the test piece. In terms of cost I reckon this cost around 0.90p 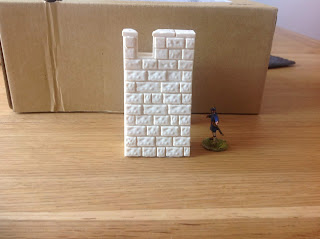 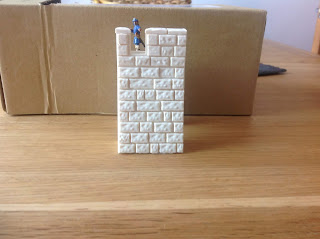 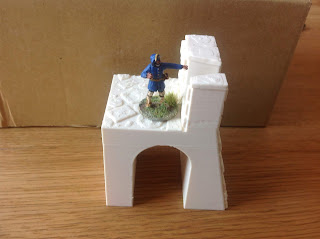