When good news is also bad

The lack of posts continues I'm afraid. This has been partly instigated by the sudden increase in orders for my figure range, quite a few from America (Brexit?) and of these a sudden surge in people buying Highlanders- what's happened?

So good news for my business and bad news for my spare time :)
Last Sunday saw me attend 'The Other Partizan' with both a demo game and trade stand. The game was loosely based on the Battle of Melle and in this particular case the British got their act togther early and punished the French.
Pictures below.
From talking to people the show itself was well attended and another success for the Newark team - well done. 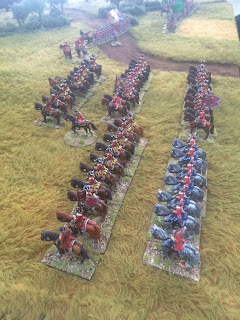 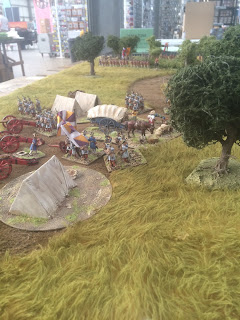 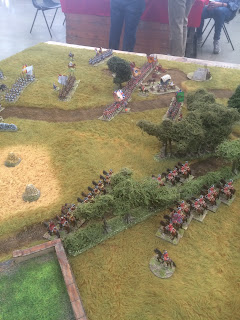 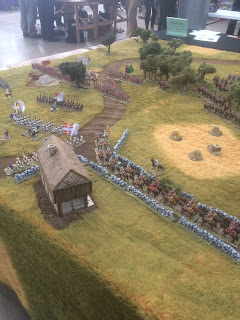 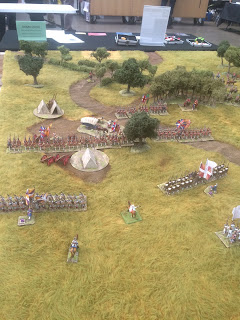 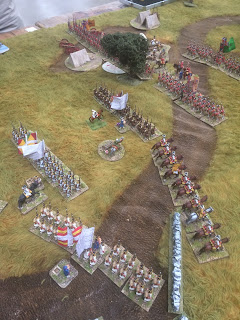 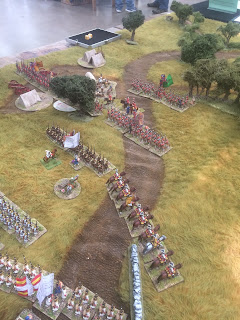 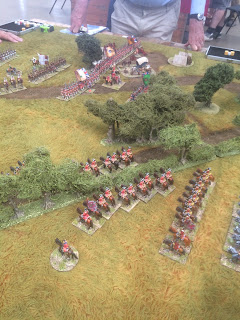 Whoever said retirement was a time to relax and chill was a liar!!!
Anyway a couple of pics of the workbench - It's heads down to get 3 squadrons of Scots Greys finished for the 25th September in time for the battle of Rocoux. - No problem!!!

In addition trying to catch up on painting highlanders as well as those other little diversions. 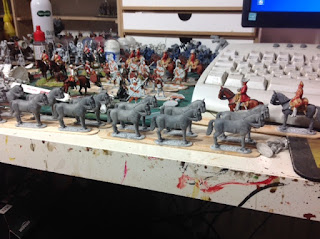 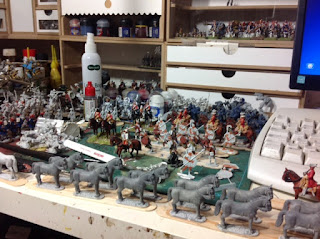 For those that have been to the Crann Tara blog you will see there's the Jacobite personalities and artillery crews for the Jacobites and British armies so lots going on there as well and of course preparation for 'the other Partizan' in August - not a lot then.

In closing found this and thought it was rather good. 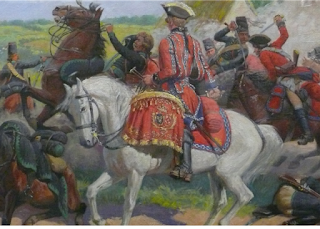