Apologies that its been a while since I gave regular updates,  lots going on and I thought retirement was all about relaxation and doing what you want!!! 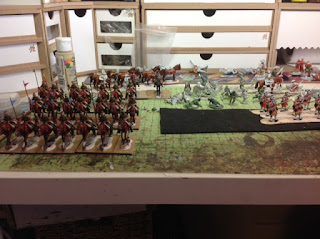 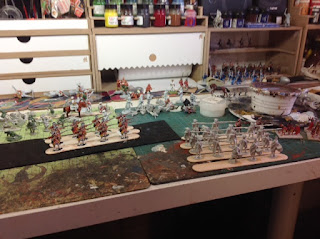 Saxe's cavalry are now all based and just need the bases finishing and the figures matt varnishing. Still painting more British Line!

to the right there's some 15mm ancients for Big Battle DBA - this time the army of Spartacus and in the back ground some Perry plastic ACW - couldn't resist their battle in a box so I'm seeing how quick I can paint them using base coats, wash and highlight!!

Battleground show at Stockton on Saturday which I'm looking forward to- last show of the year for me.
Posted by Graham C at 14:14 2 comments:

In between all the painting and sorting out I came across a box containing my Langton Napoleonic ships bought some years ago.
I did complete four of these with all the rigging etc but it was quicker to paint a unt of 28mm figures than do one ship.
I then came across Model J ships - http://modeljship.com/en/
Julian the proprietor is a master at his craft - he paints, rigs and bases the ships ( only Langton) so after much thought I sent him 3 British ships from my original Algeciras project.
They arrived today :) 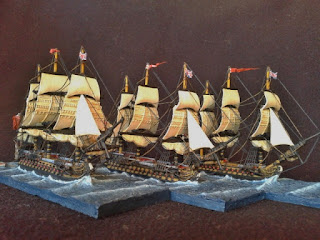 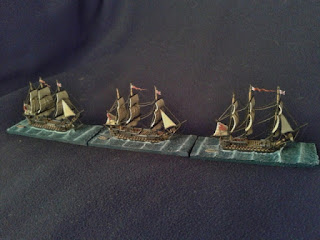 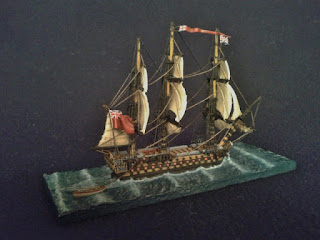 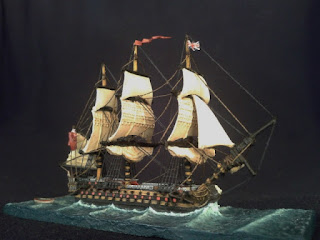 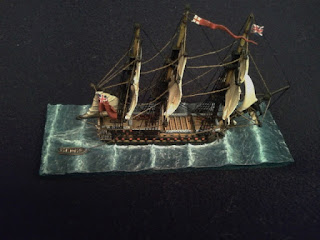 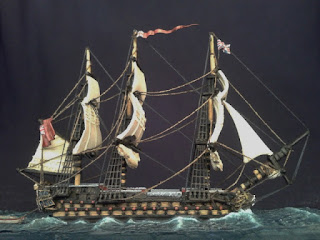 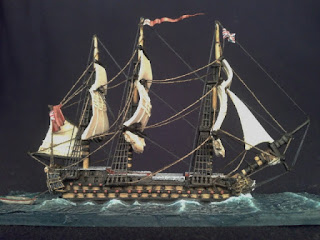 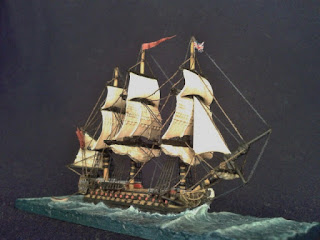 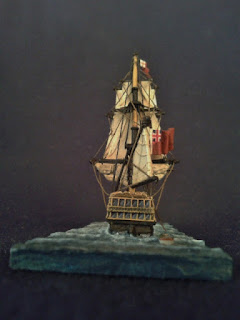 I am over the moon with these. Check out his web site - he has started doing resin forts as well, now I know he's not cheap but you get value for money and one ship is still cheaper than a unit of 28mm.
Beautiful stuff - some Spanish will be going off for the treatment! shortly.
Posted by Graham C at 22:03 12 comments: