Preparations for the long winter!

Apologies for the recent lack of posts, I’ve been slowly insulating the converted garage so it can be used as a year round gaming room. It is taking longer than I’d planned due to the recent inclement weather forcing me to move everything around inside the garage as I do each wall! Anyway 75% completed means I can start to find a little time for the hobby.

Following on from what I think is the final sell off of figures terrain etc. I have used some of the money to invest in some board games - I am finding that my interest in board games has grown. I used to play a lot of games and have kept a number that I felt make good campaign systems for figures. However production quality has improved dramatically and offer a great opportunity to try battles or campaigns I haven’t time to collect figures for. 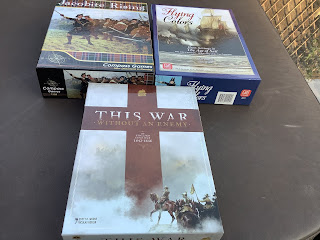 Jacobite rising is the third addition to the Command and Colours ‘Tricorne’ series and is one I couldn’t avoid given my interest in the period. I find the series hugely enjoyable even if the O.O.B’s can be a little inaccurate at times but nothing that isn’t easily addressed.

Flying Colours by GMT is designed for actions in the age of sail, the series has received a lot of positive reports and the rules do not seem overly complex, with 300+ named ship counters in the box it is an opportunity to indulge in some fleet actions on the table top.

Finally This War Without an Enemy by NUTS was a kickstarter game and covers the English Civil War it looks extremely interesting and includes both campaign and battle  but I think would be excellent for a campaign system to generate figure battles.

Just in case you thought I’d given up on figures - another 2 units of Prussian flats are under way and I managed to paint up some of the latest releases from my FIW range. 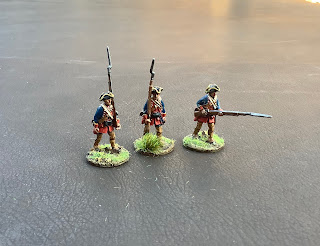 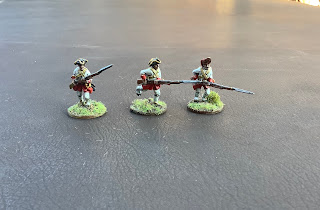 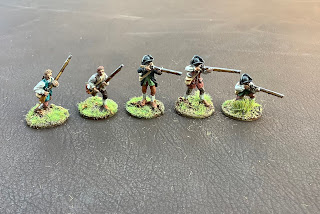 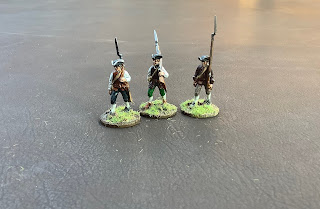 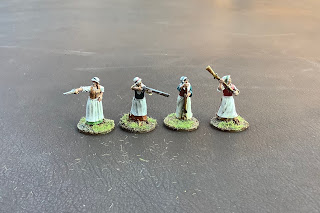 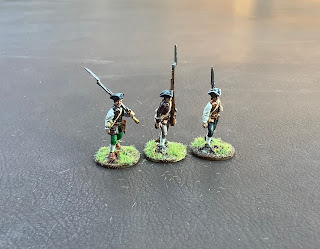 As the only thing that is certain at the moment is that this restricted lifestyle being imposed upon us is going to continue for some time and who knows if there will be anywhere to go for a drink or a meal when this is over! In the meantime keep safe and keep gaming