Just a brief update as to where I am with the figures, Richard e.mailed me to say he hoped to start on the next 6 highlanders in Jackets this week so hopefully these wont be far away.
He unfortunately hasn't the time to do the Officers and Pipers for me in this round! However I have asked for a slot to be booked to do the Highland Command, Lowlanders and Royal Ecossois in the next batch.
I haven't a time slot for these yet. Whilst at Newark I met with Frank Hammond of Minden Miniatures and I think between Jim Purkey, Frank and myself Richard is pretty well occupied!.
Posted by Graham C at 08:02 2 comments:

Well Partizan lived up to its reputation of being hot, outside temp of around 24c and I have to admit there was a bit of a whiff factor! floating around the hall during the day.
Lee and I presented our Toy Soldier 42mm Franco Prussian game which generated some good conversations.
Bavarian defenders await a French assault; 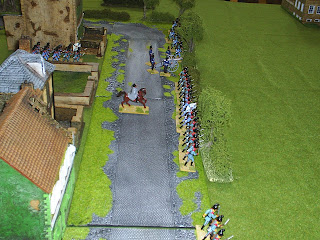 French dismounted dragoons work there way on the flank;
(these chaps were remarkable on the day the didn't take any casualties and caused great annoyance to the Bavaians/Prussians) 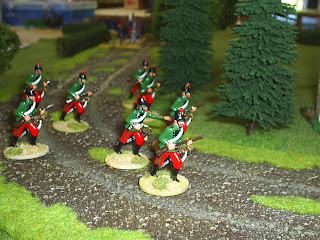 The Bavarian artillery irritated the French most of the game until the one French artillery hit that landed on target during the whole game took out all the crew! 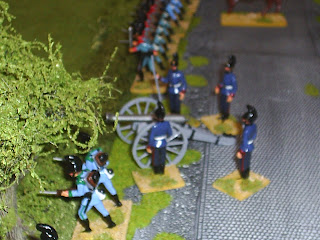 The French assault - as the game developed the French pushed har on both flanks, at the top of the picture the French have reached the main road and cleared the Bavarian defenders _ Prussian reinforcements had arrived but were too late! 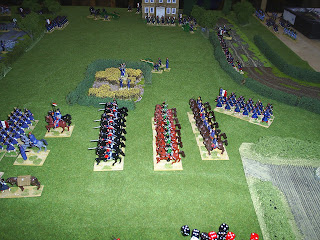 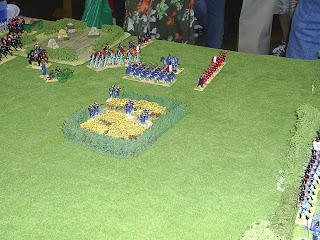 There were a number of other good games as usula at this show, next to us was the WOTR naval game by the team from WSS- 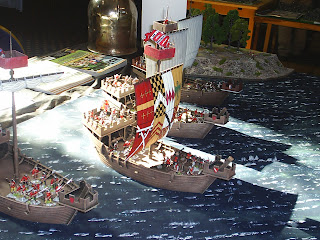 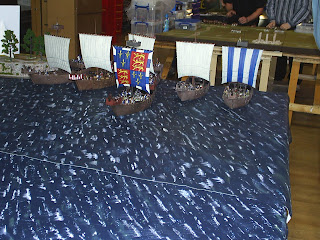 Aventine minaitures did a great looking ancients game but my pics didnt turn out. Perry's were there with a nice WOTR game, and there were many others but to be fair I didn't get a lot of time away from the table.

My only purchases of the day were some more Claymore Castings from Dave Imrie v.nice!
Overall the show seemed a little quieter and on our after show debrief during the drive home Lee and I discussed was it just us but did the show seem a little jaded this year?

I think it might be just us turning into grumpy old men! I think this show more than most gets a regular gropus of gamers and visitors, I dont see many new faces at this show but for that very reason I look forward to going and catching up with everyone. Still a great day out.

Just a short post to say that Lee and I will be putting on a game at Newark next week, 42mm Franco-Prussian. If your passing say hello.
I will also be taking my Highlanders along if anyone wants to check them over or buy a pack or two,
If anyone wants to place an order for collection hen let me know.
Cheers

The Figures have arrived!!!!!

Well the first set of casts from Griffin arrived today. 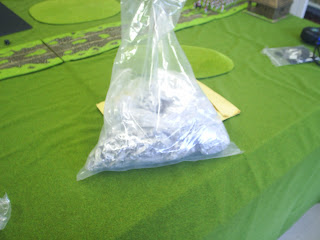 So it looks like action stations, due to the way the mould is configured and with all the spare weapons then I will be selling the highlanders in sets of six, with a full set of shields etc. What I can do is provide a mixed set as per the picture below or a set of six charging or six advancing. I have listed these on the left of the blog under Crann Tara Miniatures. 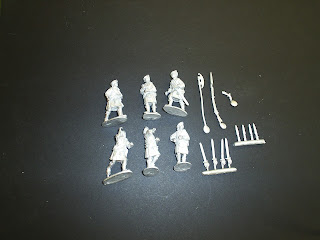 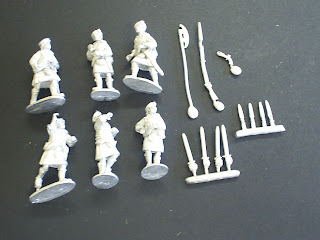 The price per pack is £7.00, if people e.mail me with their order I will invoice them having worked out the postage, I will only charge actual postage and packing costs.

In terms of next releases Richard hopes to start the next set of sculpts sometime in June, these will be another 6 Highlanders in Jackets, Officer(s) and piper. Once these are available I will be able to do Clan Pack deals. I will also move to seperate site for the figures.

Anyway we are up and running so if anyone is interested in acquiring a few of these figures drop me a line.
Regards

I have my second regiment for the Comyn faction finished, pictures of Col. Cinsaut and the Regiment de Grancy are below. I am half way through the light regiment so who knows I may get some table top action before the end of June.
Figures are Minden, the dog is from Jacdaw and the Flag is from Flags of War. 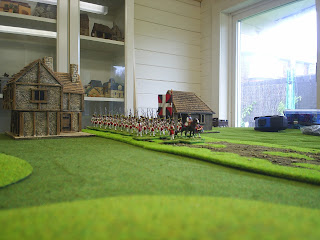 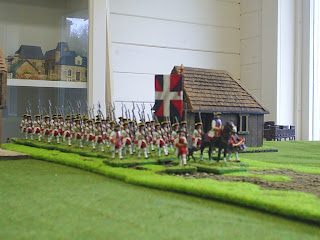 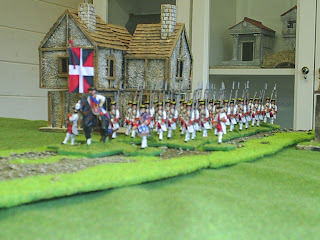 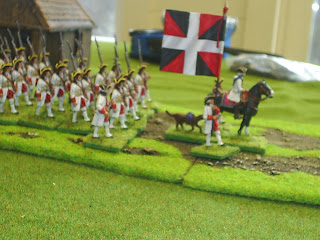 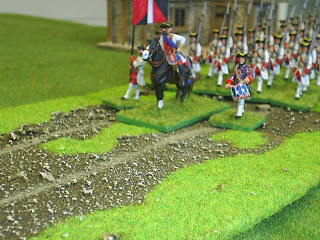