Merry Christmas one and all

at a time when we all seem hell bent on destroying what we have and to hell with the consequences then a little bit of schmaltz doesn't seem inappropriate.

Hopefully I will see you all next year and we can continue to enjoy the hobby that takes us away from the stupidity that surrounds us.!

( sorry if that sounds crass) have a wonderful time over this festive season.
Posted by Graham C at 19:56 17 comments:

Today  saw me attend Colin Ashton's of
http://www.carryingsonupthedale.com/2018/12/leuthen-tomorrow.html
For his annual refight of the Battle of Leuthen. This is the 261st Anniversary of the Battle and as you will see on Colin's blog current standings are Austrians 7 Prussians 3 so a tough nut for the Prussians and after arrival I joined Colin on the Prussians and was put in command of the right flank taking command of Zieten and the Prussian infantry advance Guard.

Rules used were Black Powder 2 - not my favourite set but Colin had made a few amendments and to be honest they played ok.

Colin will be putting a detailed report on his blog - suffice to say it was Prussian victory😀 Not through taking Leuthen but bringing  the Austrian army to its break point.

The Prussian cavalry on both flanks fought the Austrian cavalry to standstill with the brigades of both sides becoming spent  on the same bound.

Zieten had succeeded in riding down the majority of the Reichsarmee infantry early on and thus met the Austrian cavalry as they arrived thus negating their superior numbers.

A few miscellaneous pictures of the day.
A big s 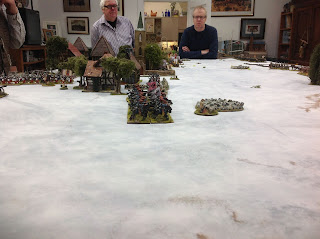 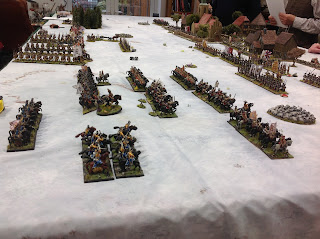 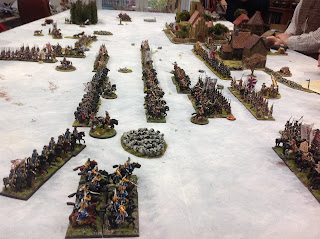 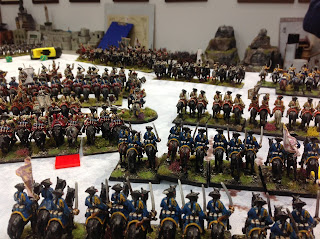 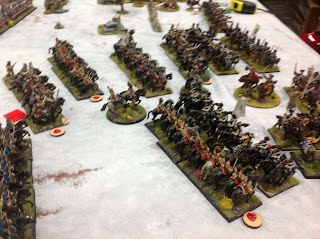 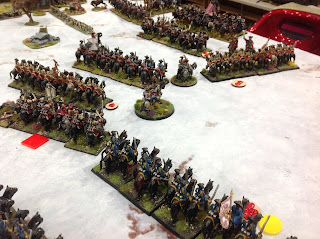 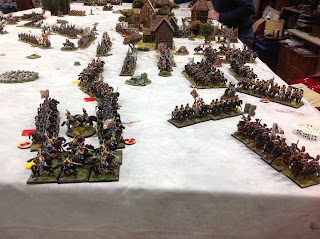 A big thank you to Colin for hosting the event in his superb games room and for the excellent spirit in which the game was played.
Posted by Graham C at 16:32 4 comments: