Progress and a slight diversion

Well its not been a bad couple of weeks, I finished the painting commision and then I have pressed on with a number of things on the paint table.
Looking to my forst planned battle it was important I completed some artillery crew, cannons etc.
So finished are two crews;
First up are the Comyn crew with a cannon and limber in the background. 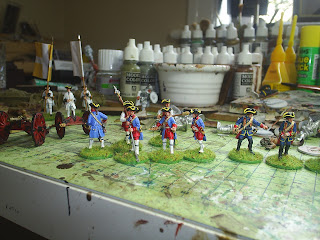 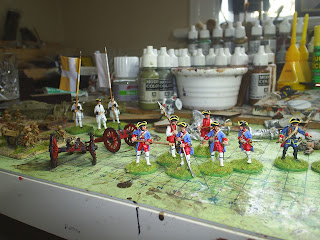 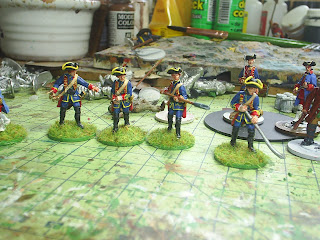 I have also been paintin some more Generals, first I have the yet as unnamed Comyn General and his staff, I hope to complete this tomorrow. 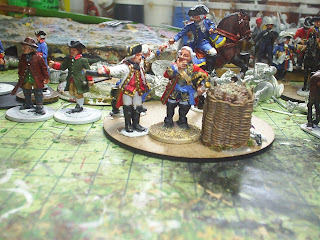 To the left of the base are the two Artillery train drivers, the one in the green coat is a member of the Albion Royal Corps of transport, the one in the brown is a civilain the Duchy picked up along the way!


I have also painted one of the new Minden civilians Lady Sara Farmer-Pilkington, Socialite and Deb who likes 'to follow the drum', she wears the uniform of the Horse Guards which 'Daddy' has raised all by himself to show his loyalty to the King and in the background is the drum ( sorry General ) she has been following. 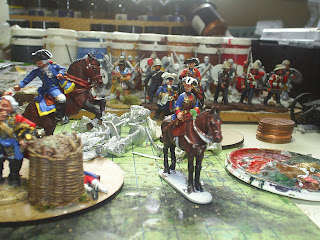 Also on the table are some 15mm Italian artillery pieces I have just finished and some more armour for my desert war set up, I use these as a break inbetween the others. 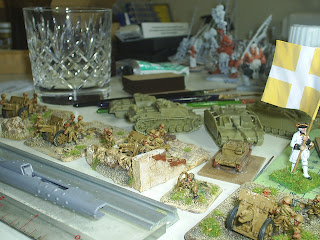 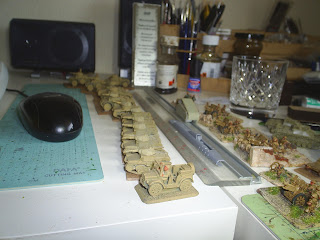 The empty glass needs to be topped with some malt!

As a diversion yesterday afternoon my wife had gone out with the 'girls' for the day at York, so I decided to have a solo game- just for something different I dug out my Battle of The Five Armies set up (two of the old GW Box Sets).
Played on a 6'x5' I did remain impartial throughout. It is important the side of good get to one side of the river and defend the ford, The decision was that Dain and the Dwarves together with the men of the dale would move from their position cross the ford and hold it.
This was helped early on by the Goblin Chieftan in charge of the Wargs and warg rider failing his command regularly, however this was offset by the Men of the Dale only moving twice and getting wiped out by the Goblins.
However Dain held the ford against all comers and despite Bolgs best efforts to break the allied line with his infantry Elf and Dwarf held the line and at the critical moment Giant Eagles and Beorn the bear arrived to cause havoc amongst the Goblins and at a crtical point Thorin and a unit of dwarves brought about the demise of Bolg - game over good guys win and I enjoyed the three hour diversion.
Pics below; 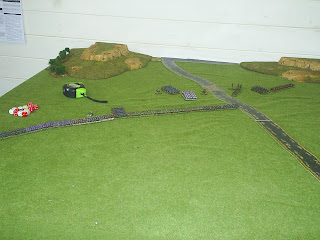 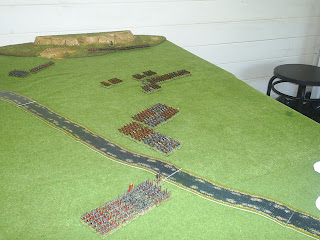 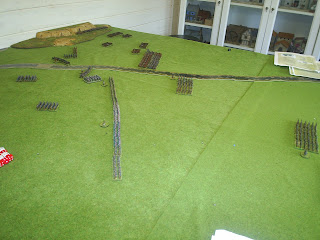 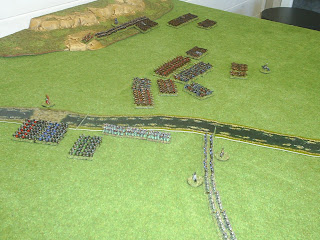 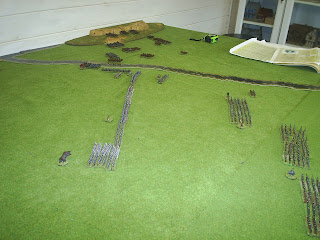 Following some brutal melees which saw many an elf and goblin die (forgot to take the pic). Eagles and Beorn have mopped up many small units of Goblins in the centre. 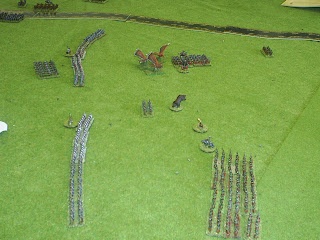 Death of Bolg, his men have died around him and assailed by Thorin with a unit of dwarves and the Giant Eagles Bolg falls and the spirit of his army is broken. 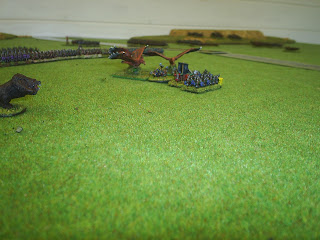