I needed a break from painting and doing Crann Tara orders, with a nice day forecast I arranged a game with my son - nothing too onerous as it was also a good opportunity to spend time outside. 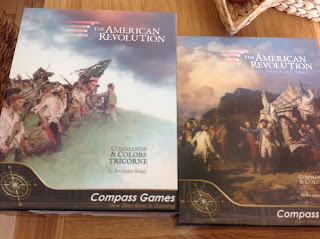 I know some people aren't keen on the restrictions of command cards but I enjoy the uncertainty and trying to plan ahead with the hand of cards you have. The rules are slightly different to the others in the system, rally rolls have been introduced ( which are good and should mean better troops are able to rally and not lost to the battle) and also combat cards - these add a little flavour to reflect some of the troops tactical doctrine such as British bayonet charge. Not automatically replaced so these have to be used appropriately

We played the Freemans Farm scenario I was playing the Continentals, early stages of the game certainly went in my favour and whilst I hadn't succeeded in destroying any British units I had inflicted a fair few casualties. 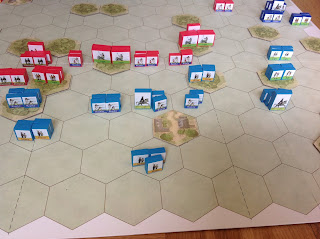 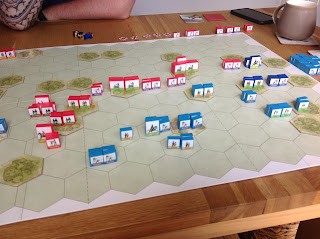 Then the British managed to coordinate a really good attack, playing a card to allow the British to rally troops back to the Colours my son managed to bring 4 blocks back on the board thus bringing three units back to full strength, swiftly followed by an advance in the centre and some devastating volley fire my centre began to recoil. My left flank remained immobile ( no cards) so Benedict Arnold on the right tried a limited attack in the hope of turning the British line before the Hessians could get into battle.

It all went very bad the attacks faltered without destroying any British units and their response succeeded in killing Arnold and forcing my flank to retire.
Whilst I was succeeding in playing reform cards which were allowing me to bring some blocks back and keep units alive the majority of my command cards focused on the centre - where I didn't really want to attack so I withdrew to reform around Freemans farm.

My son then succeeded in playing a series of cards launching a strong attack on my left flank, spearheaded by the Grenadiers he effectively rolled up the flank and started to attack my centre ( bottom photo) at that point the British claimed victory 7vp to 3!!
A most enjoyable game and one we shall return to shortly for my revenge.

Well I've sat all week waiting for mine, reading everyone's comments on forums etc about how good it was, even Arno ,who lives in Germany, who has sketched the wonderful illustrations in the book received his on Monday.

Just as I was about to give up Royal Mail delivered today! 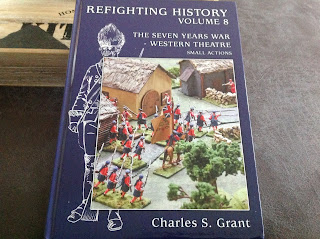 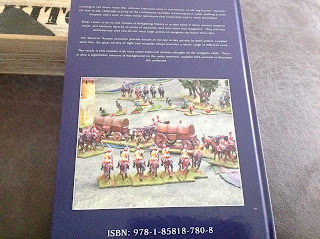 Now I haven't read this yet but Charles never fails to deliver, in this one there's 192 pages of quality. 9 actions are refought the majority using Charles' rules with suitable tweaks but Sharpes practice receives a nod and would be eminently suitable

The Little Wars of the Seven Years War are often overlooked in particular those in the Western Theatre so here's an opportunity to engage in actions involving French light troops against Hanoverian Jaegers, Highlanders etc and avoid having to paint hundreds of figures for thecset piece battles.
Now of course I'm totally biased as a lot of my figures appear in the book, I had great pleasure in making a lot of the troops required for the actions.
So tonight sitting down with a malt and having a good read.
Posted by Graham C at 18:44 4 comments:

New figures to play with

Well whilst this post is about some new pieces for my Crann Tara range they are here as some will be hitting the paint bench immediately.

Rogers Rangers are Richards latest sculpts for me and I'm pleased with these. So a unit is undercoated and on the bench. He also did some Provincials for me so once production moulds are done they will be appearing. Why one figure different to the rest - easy he moved into the wrong pile of figures and as I'd taken stock to the hub I didn't have a spare to ink up!!! 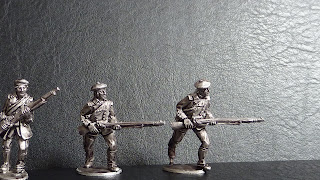 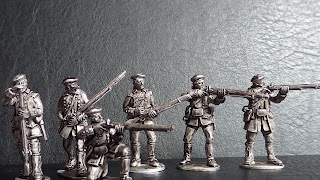 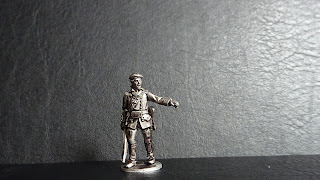 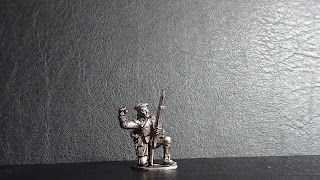 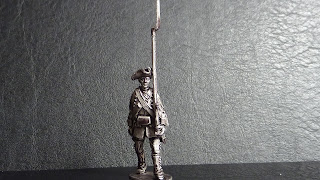 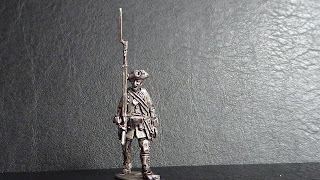 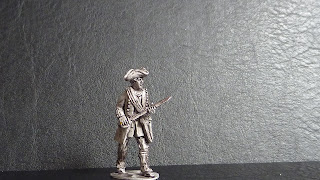 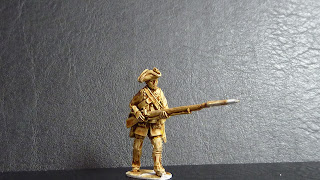 The Culloden project moves on - I've finished another 12 bases of Highlanders - just 22 more bases to go -(around 100 figures) so the September deadline is still on track- lets see.
Keep safe everyone this madness isn't over yet.
Posted by Graham C at 15:43 10 comments:

last week my son and I played a couple of games of Command and Colours AWI, he enjoyed it and asked if we could do more but link it to something.
Therefore starting this week I'm using Give Me Liberty as the framework for a campaign setting and using the Command and Colours to fight the battles. I just need to give some though  to translating it over but should be good fun. 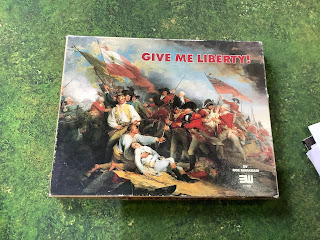 More pics next week as we kick the campaign off.
In addition I thought it was about time I returned to somevresin printing, Dan has done a great job on some Prussian Jaegers for me - printed these and then realised I'd missed one ! 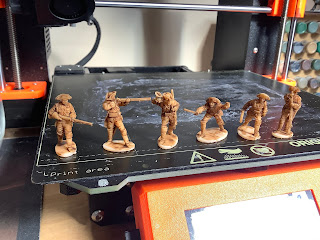