I really need to catch up with the posts but its been busy on the Crann Tara front and with my good lady wanting a few days away then time to access the PC has been limited.
A bit of a cornucopia of goodies really
First up to regiments of French painted by a colleague for me, just finished basing today. The flags for De Clare are painted by Mark Allen, the flags for Languedoc are purchased from Maverick flags. 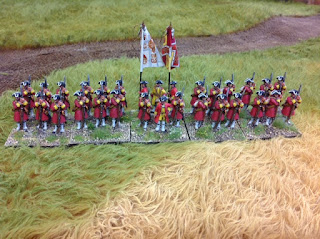 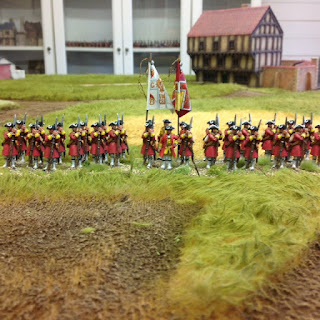 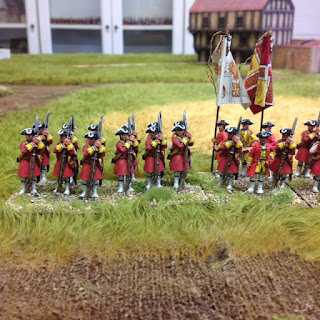 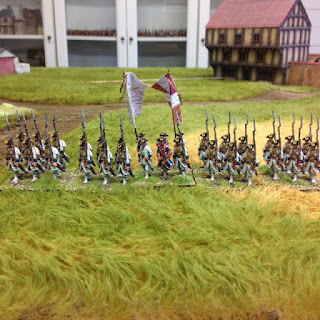 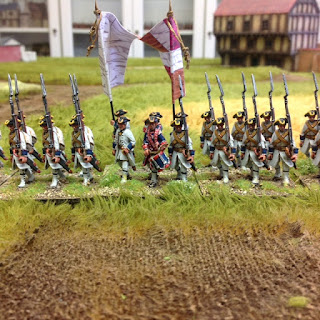 Not having time to do Napoleonics in 28mm ( other than a bit of skirmishing) and been quite taken with the Blucher rules thought I'd paint and base a unit for the rules in 20mm! - Dutch Belgians, 24 figures on a Blucher base, once I've finished them off will put up some more pics. 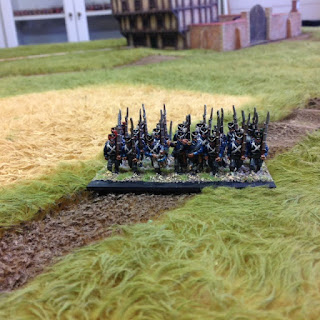 Finally my 36 element Macedonian army for DBA3 is still progressing - light Cavalry and Thessalians . Figures from West Wend/Forged in battle. 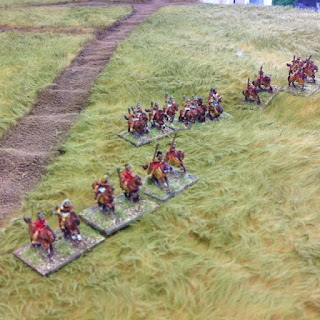 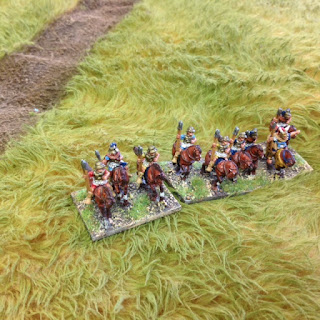 So all in all not a bad couple of days work. My wife is back at work tomorrow so apart from cutting grass its a painting day :)
Posted by Graham C at 21:45 7 comments:

It's been a while since my last update and apologies for that.
There was the wind down from Partizan and then the wind up for something special for the AMG forum next year - more later.

The Crann Tara blog and facebook page has had quite a few updates on new releases etc but I don't intend to repeat here.
So what's on the bench? 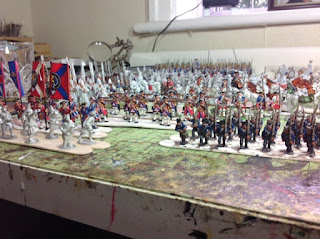 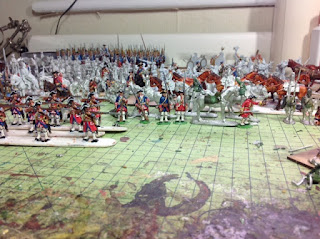 I am now past the half way point of Barrel's regiment, once completed that will leave two regiments to be completed for the Culloden first line ( the firing line) - then we start on the second line ( at ready pose) another 6 regiments.
The third line ( marching pose) has 3 of the 5 regiments done :)

Also on the bench are some Newline 20mm Dutch Belgians to try out on a Blucher base.
You can also see the painted samples of the forthcoming Garde Francais, Spanish and Savoia infantry together with the horse for the Dragoon horse holder I have made.

Hopefully next week will be a little more productive. :)