Over the weekend I received the sad news that Richard Ansell had died on the 11th February, he died from a heart attack after attending hospital to undergo an exploratory operation on an old injury from his re enactment days.

You can read more about Richard and his incredible sculpting talent here http://toofatlardies.co.uk/blog/?p=8076

Richard Clarke of the Too Fat Lardies was a good friend of Richard.

From my own point of view Richard was the main sculptor behind Crann Tara Miniatures and had worked with me for over 10 years. Remarkably I never had the opportunity to meet him, but we spoke on a number of occasions and when my mam started to suffer from dementia Richard gave me a lot of advice and support.

It’s sad to think I will never have that opportunity to meet him and shake his hand.

My thoughts are with his wife Coral during this sad and challenging time.

After my initial post on the Wofun having now had time to base up all the infantry, cavalry and Officers for the armies heres some further thoughts.

The slots in the bases are extremely tight for the tabs on the figures, I broke a couple of bases early on so in the end I used a sharp knife and lightly went down the sides of the slots and the figures fitted far better.

I only had one piece that hadn’t been pre cut properly but I managed to salvage him and put him in a second rank. The Spanish cavalry sheet was missing but Wofun are sending a replacement.

If you look carefully at the French you will see I’ve started putting the brown on the edges of some pieces, I’ve decided to refight the Battle of Maida to try out Andy Callen’s rules so am edging the required pieces first.

So any negatives - yes - I don’t like the guns ( I haven’t finished them yet) fiddly to put together and I think the barrels look awful however I’ve bought some 20mm and 27mm brass gun barrels and will be fitting them shortly.

Overall I’m very pleased something like 2000 figures based and ready to go!

Below is a few pictures of the French taken out their storage boxes there’s a fair variety incl. Swiss, Duchy of Warsaw, Grenadier battalion, dismounted Dragoons etc.

And a couple of pics of the British, Spanish and Portuguese in their respective 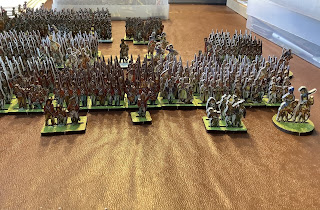 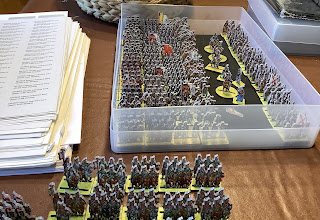 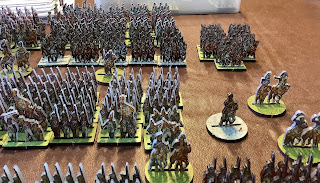 I’m hoping to get all the pieces ready for the Maida game next week.

In the mean time keep safe. 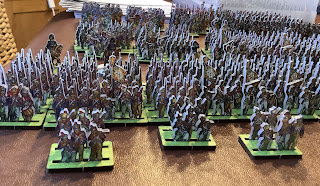 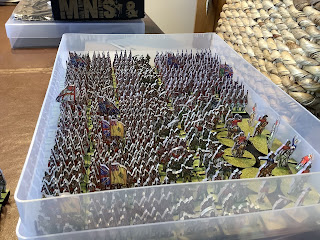 As I mentioned in my last post I was most pleased to receive a very, very early birthday present from my wife in the form of some 18mm Peninsular War figures from Wofun games. I’ve talked about Peter Dennis and his paper soldiers quite often and how I thought for those people who don’t like painting or want to try other periods without adding to the lead mountain then I felt it was a good solution.

The Wofun pieces do one step further and produce a lot of Peter’s pieces on plexiglass, in both 18mm and 28mm.

I’m not going to do a full product review as I’m sure you will find some on YouTube. However first impressions are that the pieces come well packed and boxed, the artwork as you’d expect is great and it doesn’t take long before you can punch the pieces out and start basing.

You don’t have to buy the pre.coloured pre.cut bases but I didn’t want to mess on 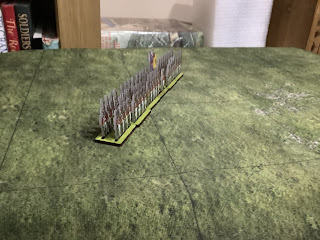 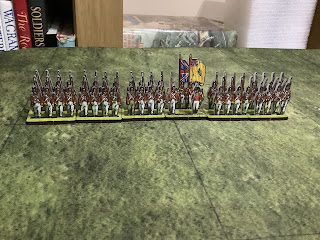 So this is a British unit as is based out the box. A few colleagues have already bought in to these, some use as they are others aren’t keen on the plexiglass edge and that it can reflect light. I wanted to try a couple of options, first I used some armypainter strong tone ink on a base and the one I plumped for was a brown Pigma brush pen. 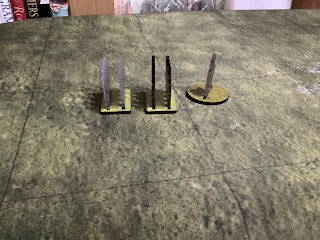 So from left to right is untreated, pigma brush and army painter.

I also decided I didn’t like the gaps in the slots so a very thin coat of pva, sand and ink dry brush and I fell they got loads better. 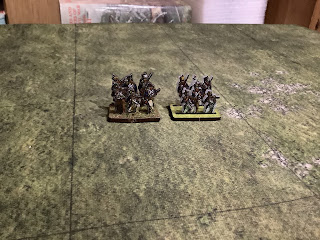 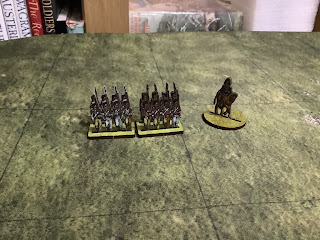 The bottom photo is two bases of Dutch grenadiers to compare the effect of the edging.
You can buy British regiments in white cuffs allowing you to add colours for regiments they don’t do, likewise the French Dragoons all have white facings allowing you to create regiments as you wish. 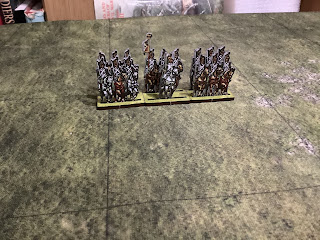 Ok so what aren’t I keen on - the cannon (no photos yet) I’m not keen on the barrels but I’ve ordered some brass ones which are cheap to replace. Whilst you get French and British limber teams from what I can see you  only get a British limber! I may be wrong. But to be fair these are fairly minor quibble.
I’m definitely convinced that if the butterfly takes a hold again rather than invest in new metal I will be buying these chaps.
They will never replace 3d gaming figures for sure but they offer so many solutions they should be given serious consideration.

These last few weeks I’ve been pushing to get all my Crann Tara stock sorted in preparation for a mini sale later this month so the painting has slowed, however I should have some new pieces to show after the weekend! 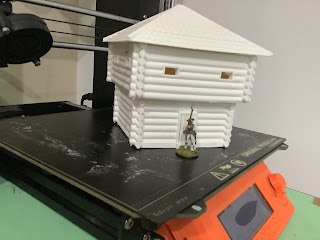 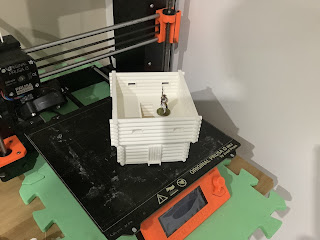 I think it’s just the right size, printed well and for less than £10 no complaints.

I was also pleasantly surprised to receive a parcel, my wife has exceeded all my expectations and got me an early birthday present. I’ve said on here before that I think Peter Dennis and his paper soldiers is a great idea to play periods you’ve wanted to try but don’t have the time to buy and paint figures.

When Wo Fun games started to produce Peter’s figures in plexiglass I’ve been mulling over I’d I should invest. Always wanted to do the Peninsular war at more than skirmish level but know I will never paint the figures. 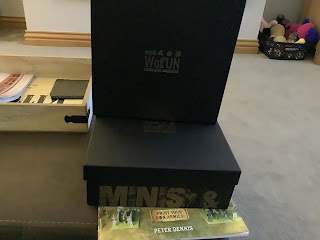 Two boxes of 18mm figures 😁 I’ve had a quick look and I’m impressed, box opening and a report on contents etc etc coming over the weekend