HOTT, Fiasco and bits and pieces

Once a year I travel to Brompton for the Good, Bad and Ugly! Hordes of the Things Tournament.!
For me it's a good chilled day with like minded people and allows me to paint something that's a bit daft.
This year I painted up Alternative Armies 'Seasonal Army' so Jack Frost leads his maniacal snowmen, ginger bread men etc. The church was picked up from The Works and painted and suitably ' snowed up ' by me.
This years event took place on the 20th October at the Rugby club - great venue.
So with minimal planning I ended up winning the tournament, best army and best camp 🤣 a clean sweep. Big thanks to all involved and to Bob Carter for organising the North East leg of this worldwide tournament. 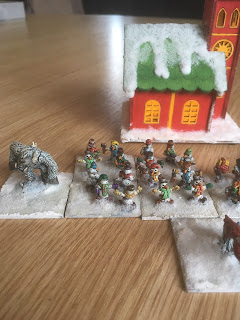 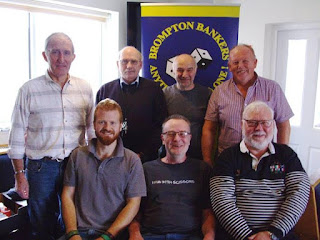 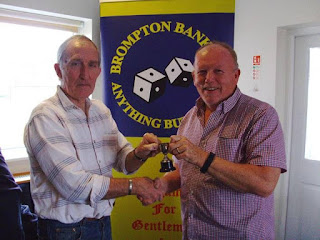 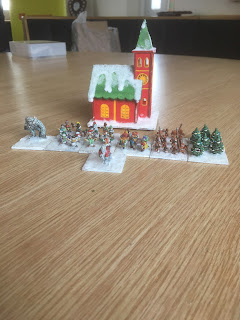 The 27th October saw me pay a visit to the Fiasco show at Leeds. I have to admit that within a short time of entering the Stygian gloom of the hall I remembered why I stopped trading there and stopped attending.
For me the venue isn't conducive to encouraging anyone to stay and when I arrived ( about 11.am) it appeared to be quite busy.  There wasn't any really outstanding games  ( in my opinion) and after a chat to a few people I left for a coffee and didn't return.

Pete Berry of Baccus miniatures has had a bit of debate on Facebook about this show and in general about the future of shows, bottom line is with the exception of Salute which is acknowledged as a mega trade show then the majority of others need to change in order to accommodate the changing gaming population- Hammerhead and Partizan I feel are two of the best shows by encouraging participation games.
I fear Fiasco may go the way of the Triples if things don't change just doing same old for 20+ years I don't think is good enough any more!

Finally I'm not going to bore you with anymore 3D printing - well not this week.
I've managed to get finished the first two squadrons of Saxon Cuirassiers, riders painted by Steve Allen the rest by me. I tried 'contrast paints' on the horses - not bad but I still prefer 'oils' 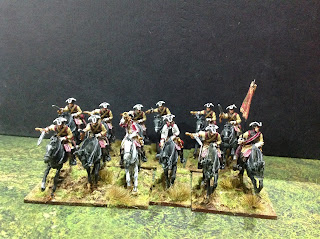 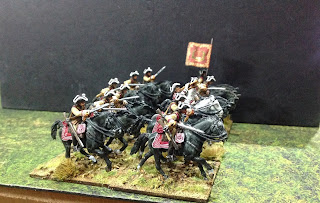 In between being hit by a chest infection and settling in at the 'pod' for the Crann Tara business I've managed to squeeze in a little more printing. The FDM printer has mainly been used to print dolls house furniture! To occupy the dolls house I'm building for the granddaughters but the resin printer has seen action, first to print off some 28mm Hungarians Dan has made for me.
Second to print the 40mm RHA crew that Dan has designed for Ian Smith.
All come out rather nice 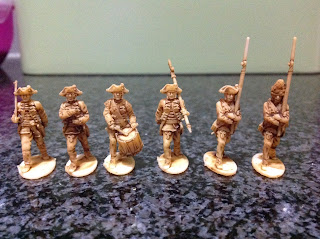 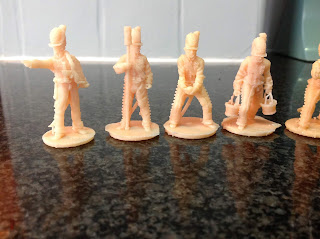 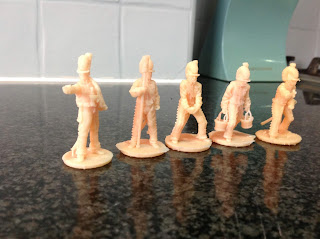 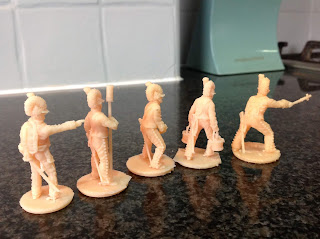