Something for the Weekend!!!!!

Working through the check list of all the items to take for the game on Sunday! 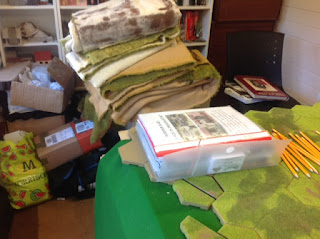 Figures and a couple of books to add. Next question will it all fit in the car?

Hope to see some of you on Sunday.

AMG Demonstration at Partizan 31st May 2015


Well a week on Sunday will see 20+ members of the A Military Gentleman Forum gather at Kelham hall to put on a couple of demo games. I have prepared a couple of handouts (below) and compiled a summary from them below for you to read. Come over and say hello and have chat. I will try and take lots of pics and then after that I can get back to the workbench :) 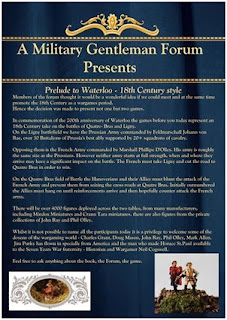 Prelude to Waterloo – 18th Century Style
A Military Gentleman of the 18th Century was written by John Ray and published in September 2013.
Only 500 numbered copies of this limited first run were printed.
This book of 304 pages has over 500 images, covering model soldiers, inspirational pen and inks drawings plus coloured military artwork specifically commissioned for this story.
Purchase of this exceptional book allows the owner to join the AMG Forum, where the hobby and all things 18th Century (and more!) are discussed and debated in what can only be described as a wonderful 'Private Members Club'
Members of the forum thought it would be a wonderful idea if we could meet and at the same time promote the 18th Century as a wargames period.
Hence the decision was made to present not 1 but two games
In commemoration of the 200th anniversary of Waterloo the games before you today represent an 18th Century take on the battles of Quatre- Bras and Ligny. The games are based around those presented by Charles Grant in his publication 'The Wolfenbuttel War' and of course we shall be using his rules 'The War Game' suitably tweaked for the day.
Over 20 members of the forum are here bringing together  800+ years of wargames experience.
On the Ligny battlefield we have the Prussian Army commanded by Feldmarschall Johann von Rae, over 30 Battalions of Prussia's best, ably supported by 20+ squadrons of cavalry.
Opposing them is the French Army commanded by Marshall Phillipe D'Olley. His army is roughly the same size as the Prussians. However neither army starts at full strength, when and where they arrive may have a significant impact on the battle. The French must take Ligny and cut the road to Quatre Bras in order to win.
On the Quatre Bras field of Battle the Hanoverians and their Allies must blunt the attack of the French Army and prevent them from seizing the cross roads at Quatre Bras. Initially outnumbered the Allies must hang on until reinforcements arrive and then hopefully counter attack the French army.
There will be over 4000 figures deployed across the two tables, from many manufacturers, including Minden Miniatures and Crann Tara miniatures, there are also figures from the private collections of John Ray and Phil Olley.
Whilst it is not possible to name all the participants today it is a privilege to welcome some of the doyens of the wargaming world - Charles Grant,  John Ray, Phil Olley, Mark Allen.
Jim Purky has flown in specially from America and the man who made Horace St.Paul available to the Seven Years War fraternity - Historian and Wargamer Neil Cogswell.

Feel free to ask anything about the book, the Forum, the game.
Posted by Graham C at 13:56 7 comments:

As the countdown begins in earnest for the Partizan show and the AMG forum members putting on two 18th Century games I have really pushed hard to get the fur finished!!!

So round two is here 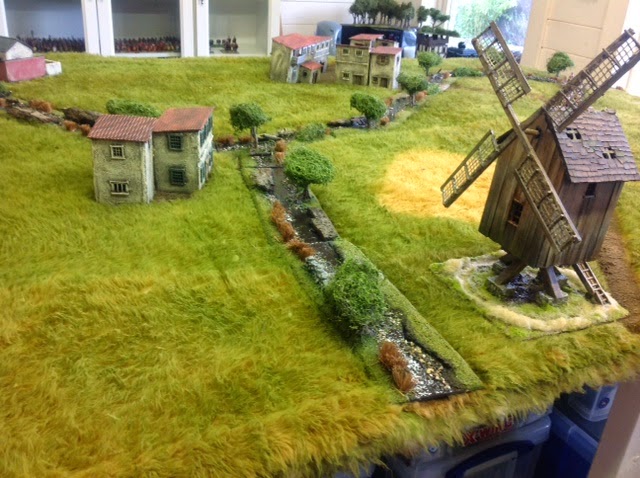 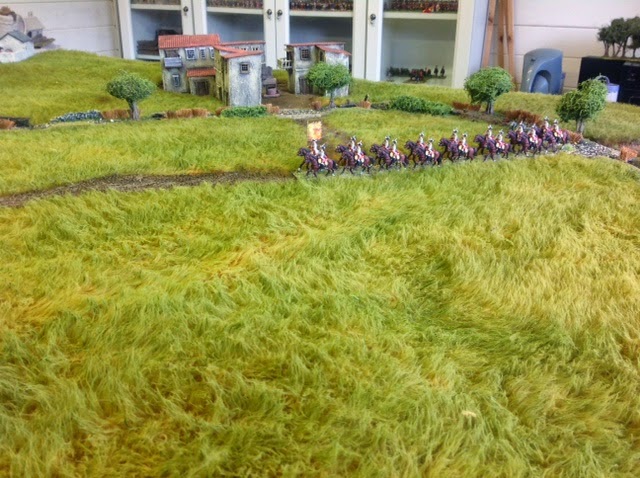 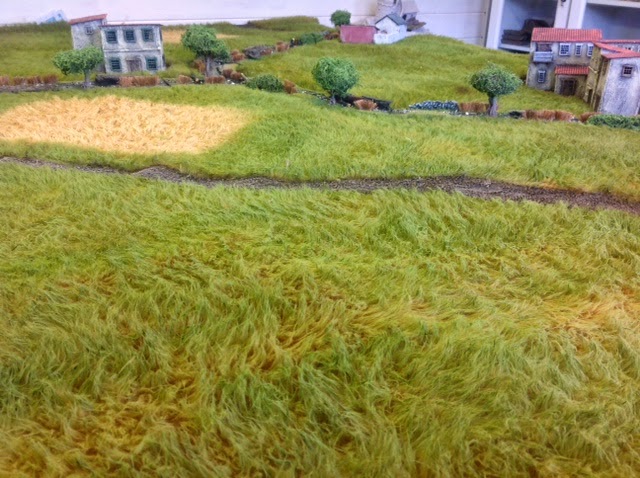 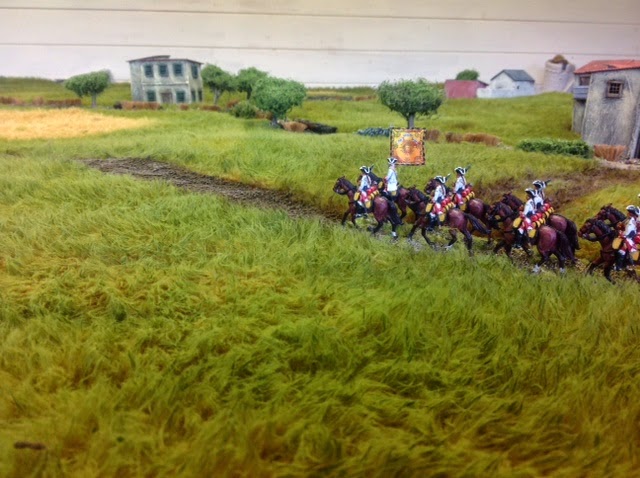 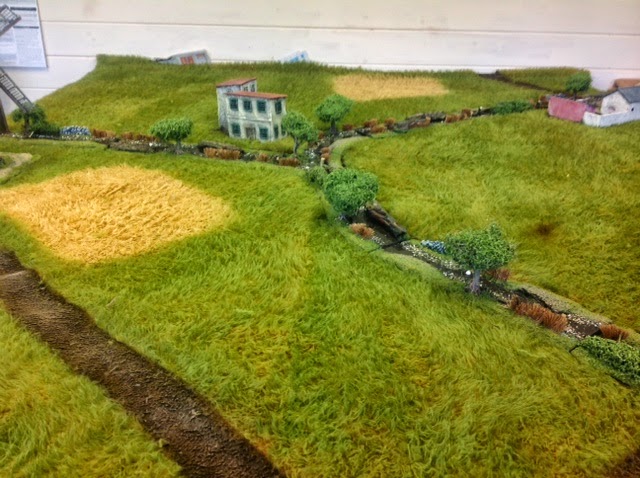 A small extract of what will be the 12 x 6 board. The streams from Last Valley have been dropped into place - and they fit!!

This fur was a darker brown and slightly longer- so easier to paint and if I'd had more time I had wanted to trim it to various lengths - maybe after the event.

Some buildings and figures posed for effect together with my favourite windmill - made by Chris Gregg.

Well returned from Salute on Sunday, I have to say running a trade stand on the day ended up like being under siege.
All good of course as I was selling my figures but it did mean that apart from a quick scoot round before the doors opened I didn't get another chance.
Here's some pics I took together with a few from elsewhere ( can't remember where!) 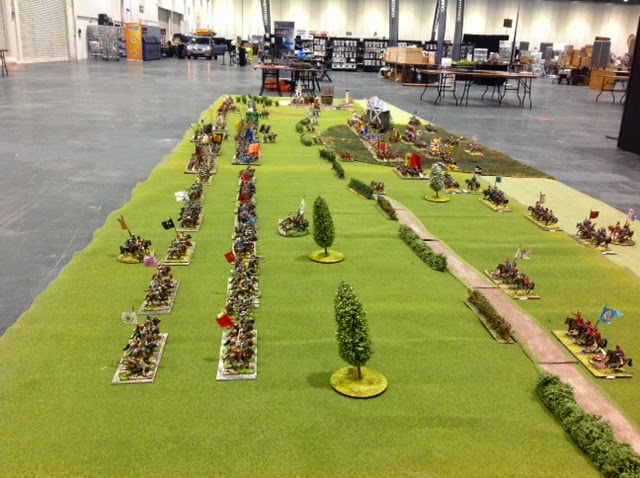 Couple of shots of the forthcoming Battle Star Galactica game _ like the look of this!!! 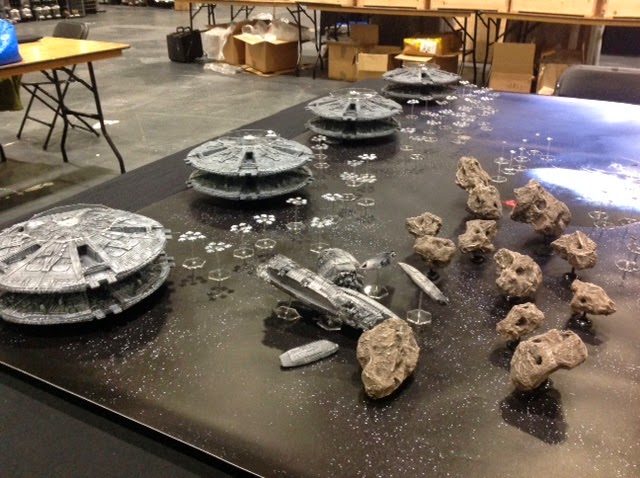 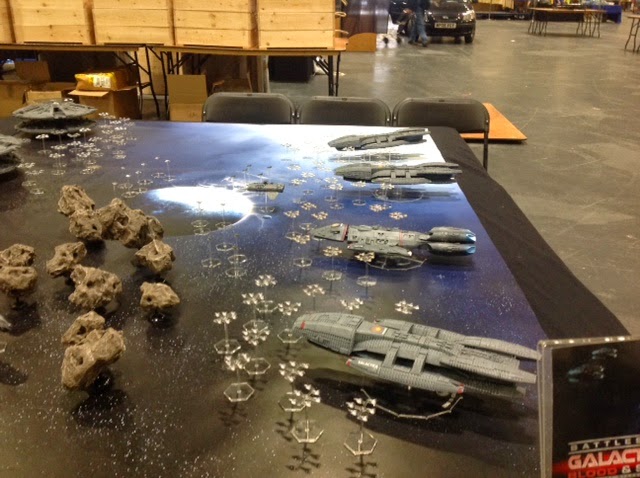 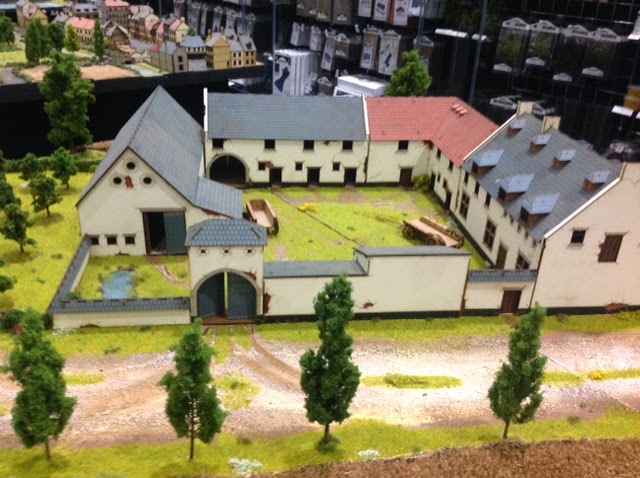 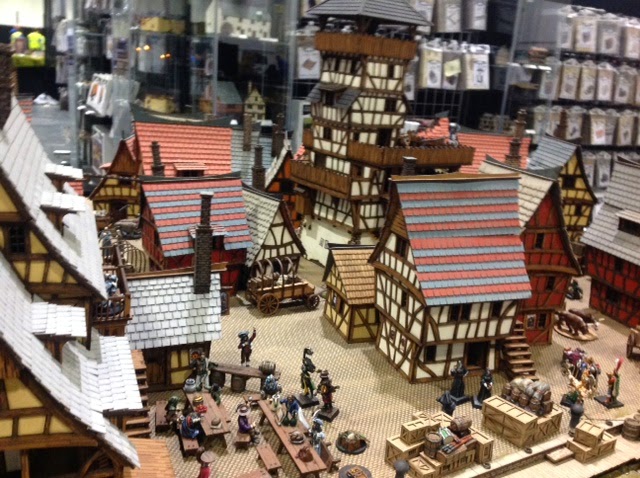 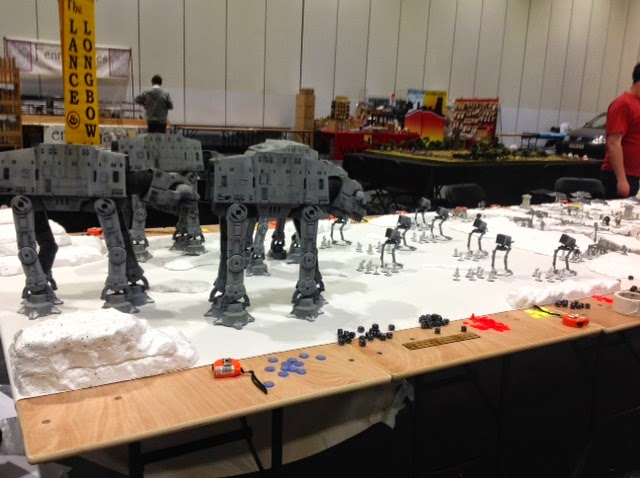 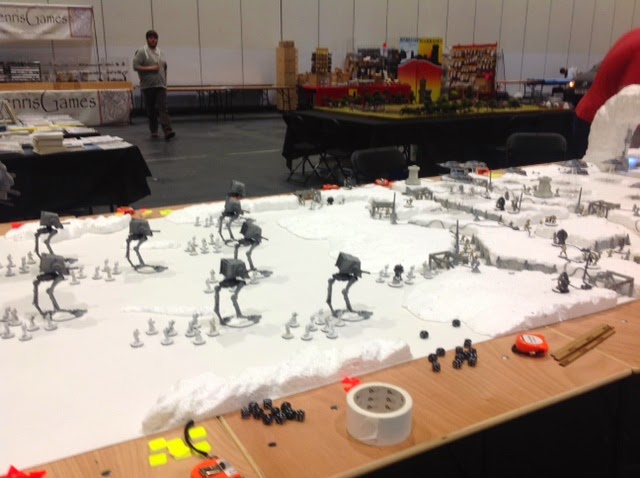 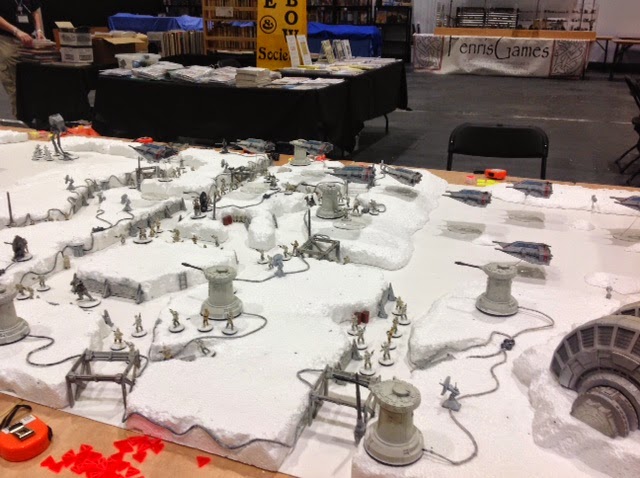 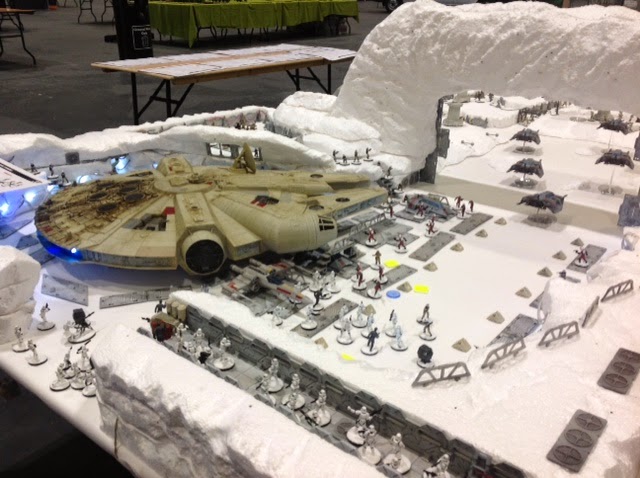 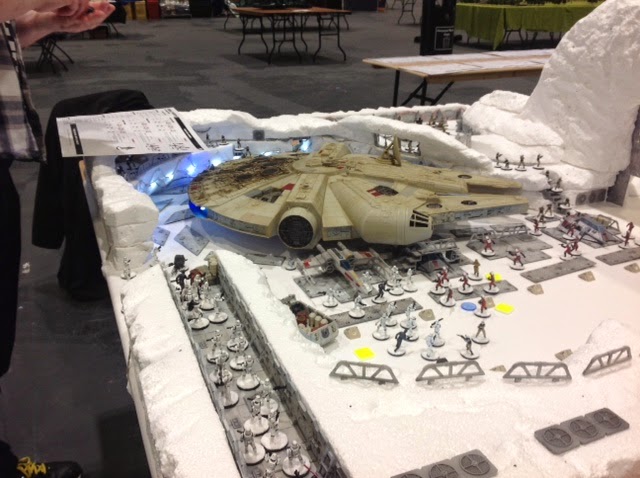 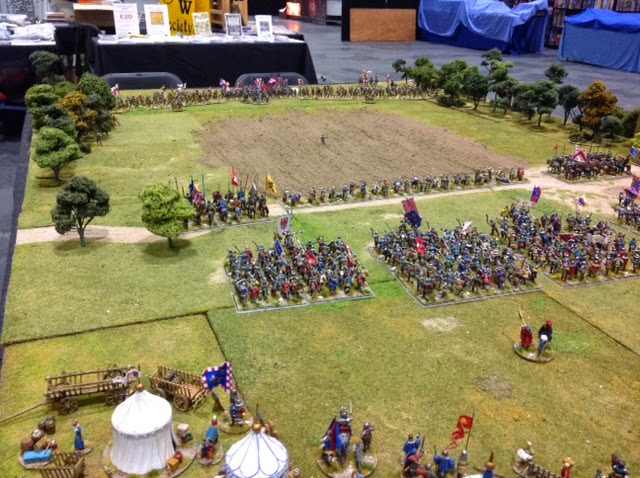 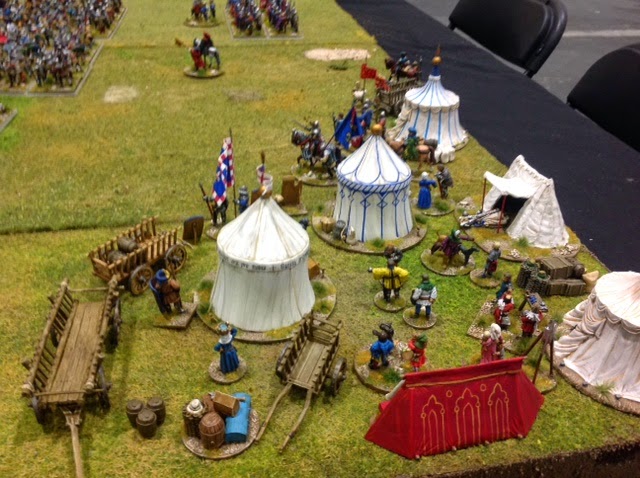 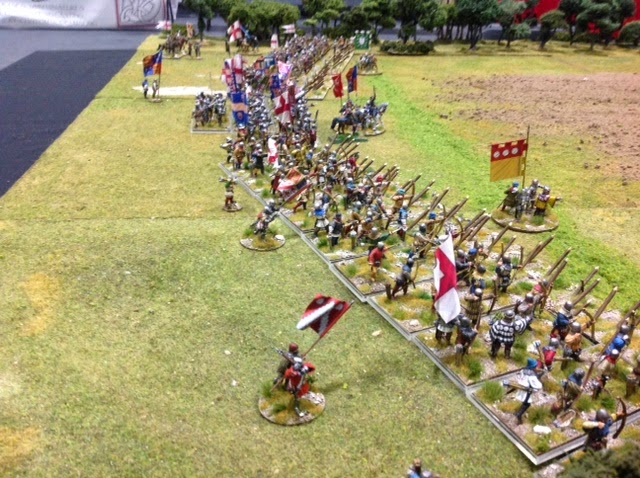 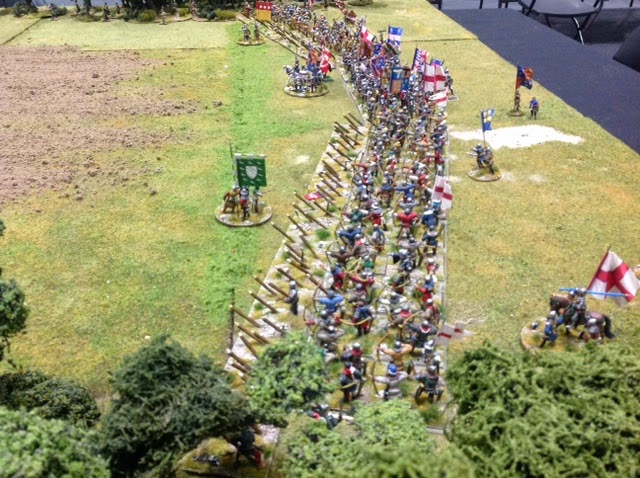 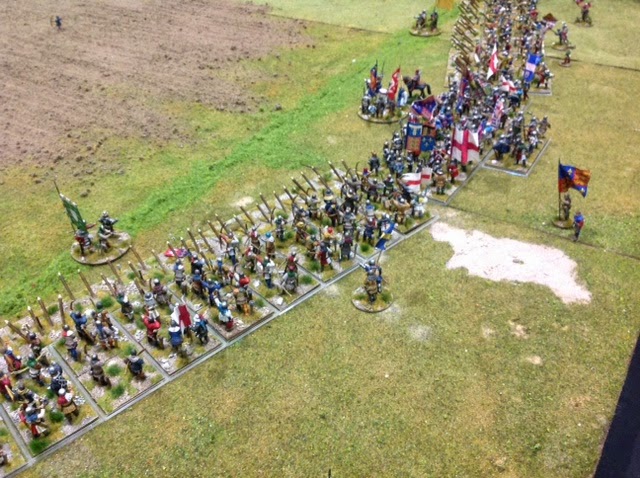 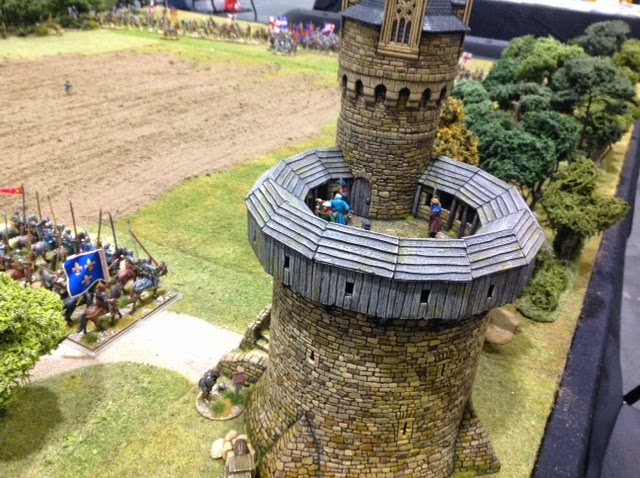 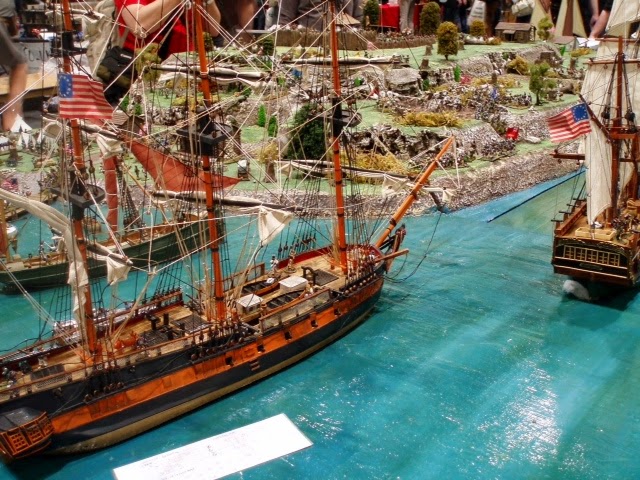 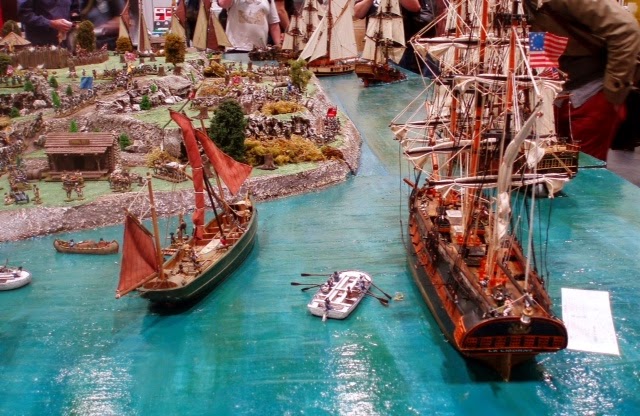 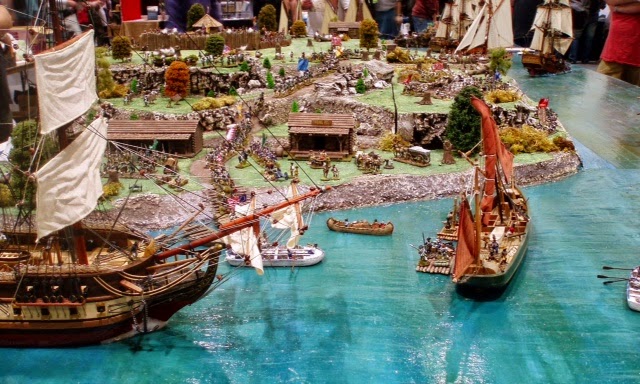 As to my progress just about all time is now taken preparing for Partizan and the demo, but I have found some time to do a bit of sculpting and conversion work. 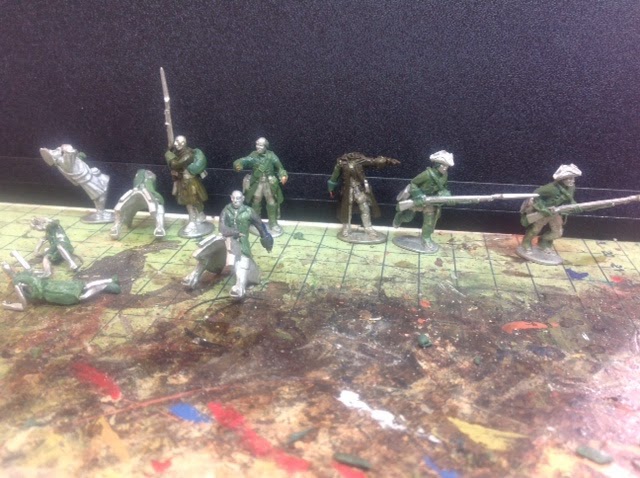