Breaking the silence - Fire as she bears!

Thought it was about time I announced my return to the UK - actually I got back from seeing my son in Chicago on the 16th after a really good 12 day break. This was then followed last Thursday to a visit to the club for a catch up where I caught a chest infection which has laid me low most of this week!

Never mind onwards and upwards - before I was struck low I spent last Wednesday and Thursday moving Crann Tara Miniatures into new premises but more of that will appear on the other blog.

Most of you can't have failed to see Warlord Games announcement of its forthcoming 1/700th scale Napoleonic Naval game, now those that follow my blog know that I have a very nice collection of Langton 1/1200 th scale ships which occasionally take sail for a game but I'm always conscious of my ham  fistedness damaging them so this announcement piqued my interest. Now at the same time Simon Mann on wargaming 3D released a series of 1/700th scale files of various named ships for the period some of these are free and some just a few dollars.

To top all that Suturnalia Studios ran a Kickstarter https://www.kickstarter.com/projects/saturnaliastudios/fire-and-sails
For ships, terrain and rules the ships are 1/650 so the small ships are fine the larger ships  need printing at 92% to make them the same size as those from warlord. So it looks like my ability to fight larger actions and not worry about damage will be fulfilled.
To be expected I've printed some bits and pieces off by way of testing the prints are a mix of this from Wargaming 3D and the KS and ive included a Warlord frigate. Last photo is a few of the buildings I've printed off. Printing sails in two parts and gluing together is a bit of a trial but I'm getting there. So about an 90 minutes to,print a couple of frigates or a 74 for pennies . The fleet starts to assemble 🤣 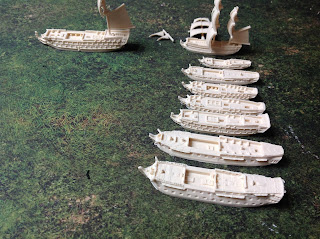 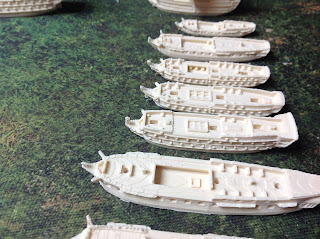 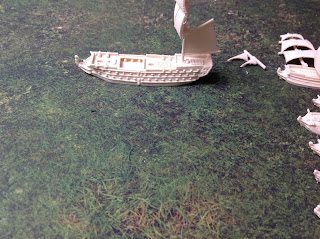 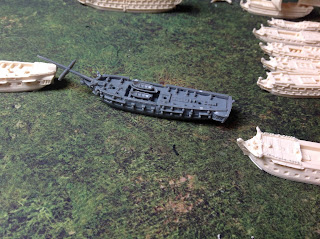 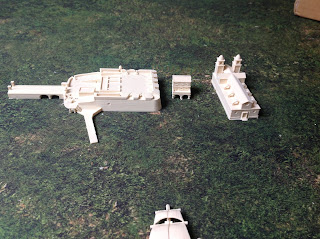 I have just been finishing my next article for the Wargames Annual and it is the second part of the proposed Invasion of England 1744.
Now I did a brief report of the Battle I fought on here which will form the basis of the article however what I did forget at the time was that iPad photos just don't cut it when it comes to publishing in books or magazines so this week I set it all up again and took a new set of far better photos, couple of teasers below. 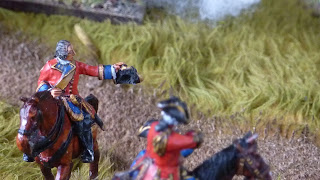 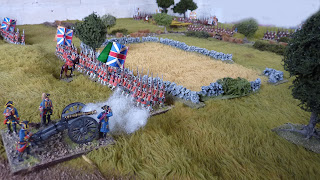 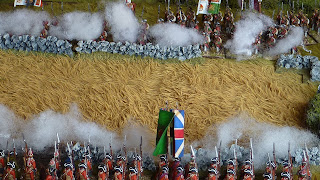 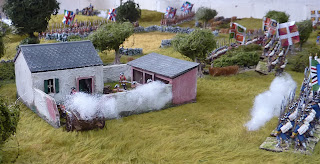 All in all 90+ photos - can't see Charles using them all otherwise it would be a Crann Tara special.
Off to the States shortly to see my son, last time I visit Chicago as he moves to Denver in October so next year will see a visit to a new state.
Unfortunately printing and painting has slowed down these last couple of weeks as I've taken the leap in renting a small office/studio to run the business from it will allow me a little more space and should stop distractions🤣 So lots of preparation in getting ready to move stock etc.
I have been dabbling with GW contrast paints - mixed results as I expected a lot depending on the colours and undercoat but I shall persevere. 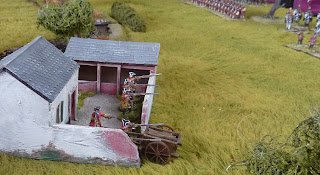