since moving home and setting the loft to be a bit of den I have managed to meet up with a colleague from my school days.
Steve and I go a long way back initially playing board games, then figure games. When I went in the Police he joined the army and whilst we never lost touch time and life conspired against us.
Steve lives in the same village and he quite rightly pointed out it we be could if we could set aside some time for some quality gaming.
So recently we've been getting together on most Sundays - Steve likes World War II so I've been quite happy us gaming with Blitzkrieg Commander IV out intention being to get to know the rules etc.
This weekend was an attack defence game with me taking the part of the British.
Photos below, whilst the objective was for the British to get infantry on the crossroads which I failed to do, the Chrurchills broke the German centre and broke their morale.

I have to admit I've enjoyed the rules immensely and really enjoy these chilled out few hours on a Sunday. Perhaps it's because we play the game and not the rules agreeing on points not covered based on our knowledge etc. perhaps it's because it's just good company and quality time. 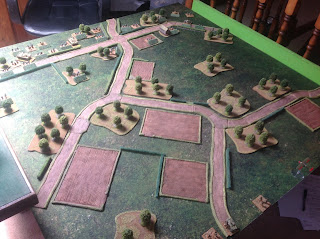 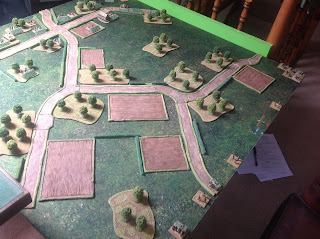 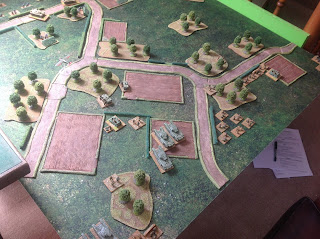 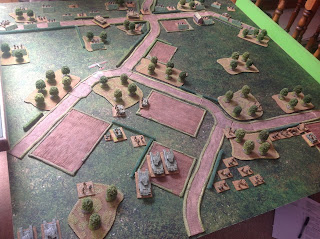 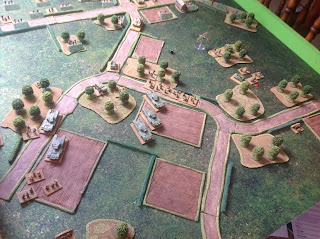 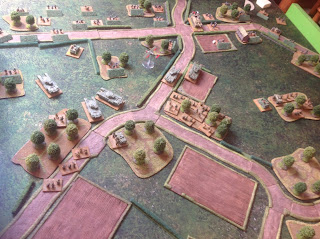 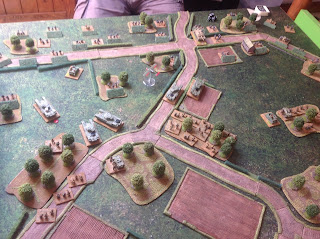 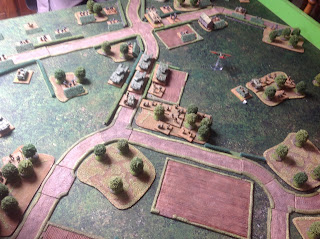 A bit of a change for me, Ian Smith ( he of the outstanding 40mm Napoleonic and ACW games) and Lee Gramson ( Napoleonic Therapy Project) commissioned Dan of digital Sculpts to make an Officer of the RHA for their 40mm Napoleonic project.

Ian asked if I'd do the test prints which I duly did and sent some to him to see if they fitted in with the collection.

The result I think speaks for itself. 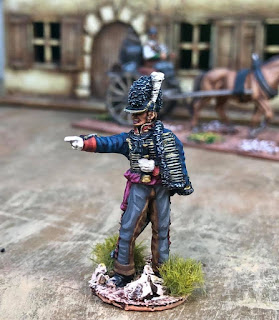 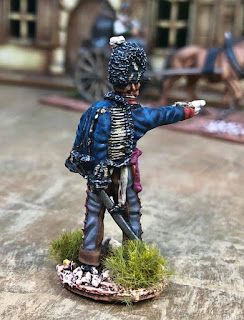 Many of you know that I'm in a very fortunate position to engage in a number of refight s that feature in Charles Grants Refighting History series.

I recently heard from Charles about progress with Volume Seven of Refighting History.  It is now with Caliver being page set and proofs are bouncing back and forward between Caliver and Charles. Volume Seven is THE SEVEN YEARS WAR - WESTERN THEATRE covering the battles of Warburg, Vellinghausen and Wilhelmsthal (the last one in two halves). I have a vested interest in these, having been involved with all four against my usual opponent at Charles' John Dougan.  Charles has walked all three battlefield and showed me some of the photos that he took when I last saw him. Some will be in the book.

Over the last couple of years we have found ourselves very much in the Western Theatre (with Ferdinand of Brunswick fast becoming one of my favourite generals).

There is more to come in the Western Theatre with Volume Eight. Last year in one of our Saturday evening planning meetings Charles floated the idea of a series of historical small actions in the Western Theatre. Having researched Savory’s notes and various other sources he declared that there was no shortage of these. The idea was that these could be fought with just a few units and might make a nice entry point into the Seven Years for those who did not want to raised huge armies.

Volume 8 will also see a chapter on refighting the engagements using other rule sets such as Sharpe's Practice.

Having picked a number of actions we decided it would be good to provide a range of suitable figures. French infantry and British grenadiers are already in the range.  So are British cavalry and French dragoons. With Charles help I have now added Von Luckner’s Hussars, Freytag's Mounted Jager and we have the Chasseur de Fischer.  Our French Dragoons have now been joined by dismounted ones. Keith’s Highlanders and dismountedjager are in the pipeline and I have more treats in store.

In the next couple of months these forces will be mustered and we have the exciting prospect of some really interesting historical scenarios to fight in the coming year.

In the meantime a picture of Von Luckner in action. 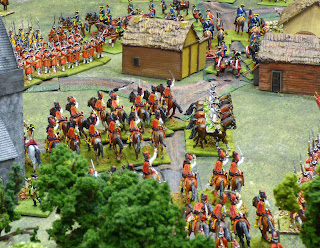 The 40mm project continues to take another leap forward.
GrahamH has cast the command, fusiliers and Grenadiers and is sending me some metal masters to examine.

If all ok then I need to decide about putting them into production.?  Austrians are under way.
In the meantime some pics of the Grenadiers Graham has painted. 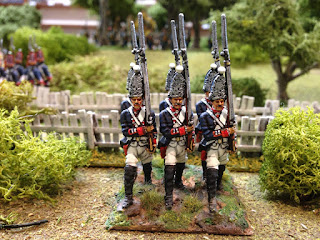 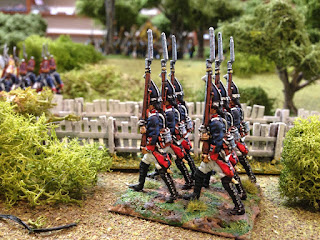 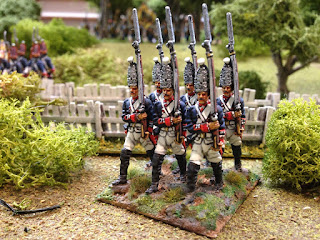 Playing around with the printer.

Whilst I primarily bought the resin printer to allow me to print resin masters for my figure range I really have been wanting to see what else it could do.

I noticed on Tamsin's blog that 'Gaslands' seems to be gaining some traction (😫) and likewise at my club there has been  a sudden surge of interest and people asking if I could print weapons etc for them to put on their cars etc.

There are loads of these items on thingiverse and I have duly obliged, however I thought I'd do a test on this interesting model. 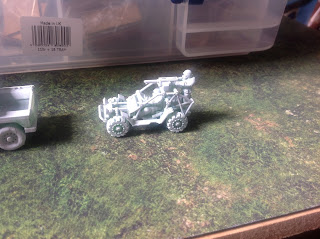 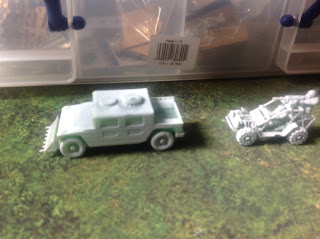 The buggy has come out really well and the Humvee type model also looks fine, I Mam really impressed with the detail I can get and bear in mind the buggy was printed in one piece.

In addition I've been playing quite a bit of  15mm WWII and so thought I'd give a couple of vehicles a print - first up some Bren Carriers again I'm really pleased with these.

Next to print will be some Shermans again all are available on Thingiverse the files by Bergman being particularly good. 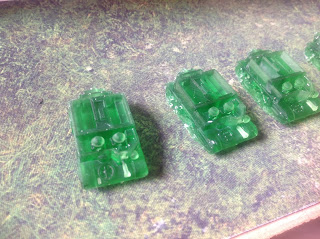 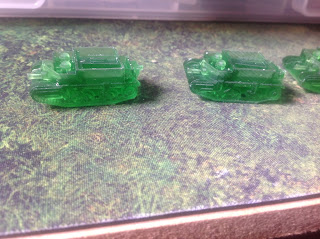