A New Year, a new resolution? 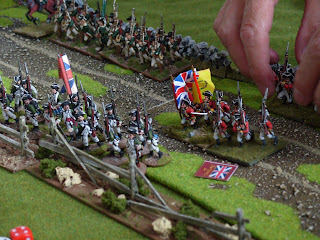 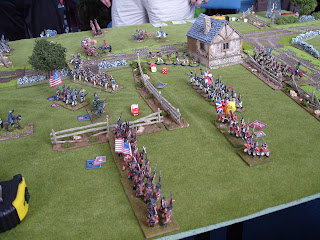 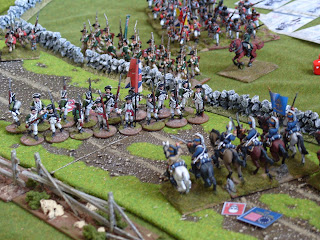 Like many, the best prepared plans went more than slightly off target towards the end of last year. The painting schedule almost ground to a halt due to work commitments but the enthusiasm continued unabated.

So its a Happy New Year to every one. The resolution is to update the blog on a fairly regular basis and if its not with painting progress at least with my thoughts or with reports on my other 18th century diversion of the AWI.

I have attached a few photos from a recent game I staged at my local club in an attempt to drum up some new recruits. Rules used are from the Perfect Captain and I have to say I feel they play very well and give good feel for the period.

This particular action was a Guilford Courthouse type game with the British trying to stop their opponents loading supplies into wagons and exiting off the board. Random arrival etc made for a very exciting game. Unlike most of the my previous games with these rules the British managed to avoid taking heavy casualties and the British Generals managed to defy all averages delivering some extremely crippling volleys at the most oportune moment.

In this particular case a British victory, whilst I'm painting my other armies I'm planning on running an AWI southern campaign in the New Year to see if the British luck holds. 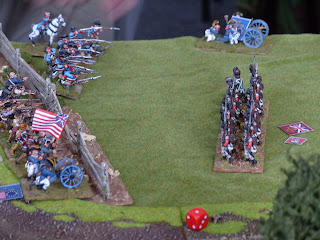