Just in case people thought I'd been letting the 18th Century slip then I maaged to finish off the horses for more French Cavalry.
The Languedoc dragoons and the rest of the Cuirassiers.
I've just had another delivery from Griffin so there will be all sorts hitting the bench in the next few weeks. 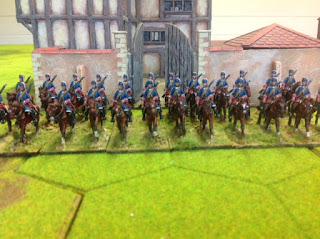 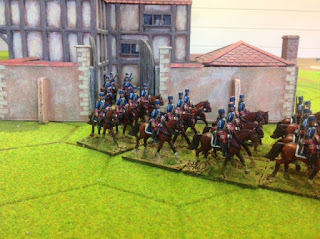 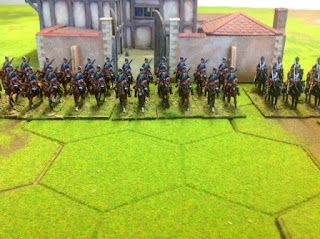 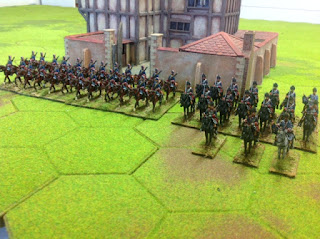 I do need to add a little bit of button lace to the dragoons and make some command but the French army continues to grow.
Added a couple more pics just for Carlo :) 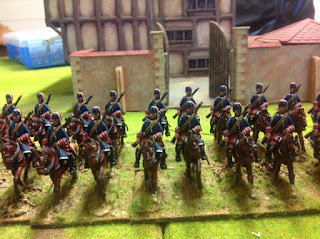 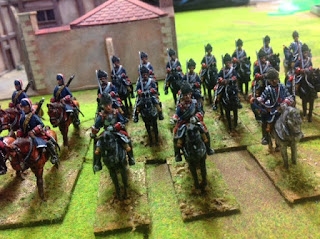 Well after a big push painting buildings and figures then I was ready for a first try out last night at the club.

Now the thing with this project is that everything has been painted for effect and speed - so first up the Gang fighters. 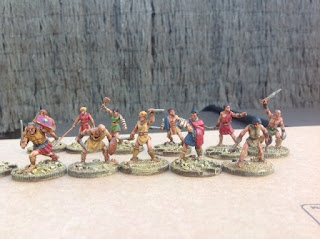 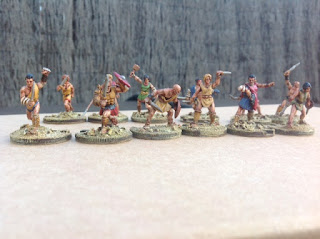 The figures by Footsore are very nice, facial features on some are quite soft and easily lost with heavy painting also a couple had bad flash lines which is unusual for Footsore.
Unlike most I haven't put cobble stones on the bases as I have plans for thee to move into the hills as rebellious slaves at some point.
Next up pictures from the game showing buildings etc. Foundry figures provided the mobs as I haven't got the new ones done yet.
The buildings by Sarrissa were easy to make and straight forward to paint I followed some videos by March Attack through a link on the Gangs of Rome facebook page. They're not finished but look ok for the moment. 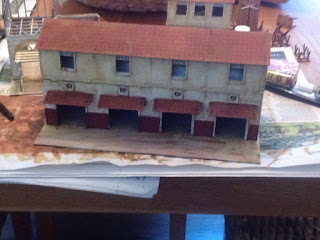 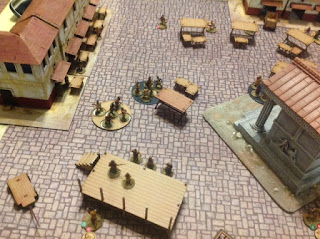 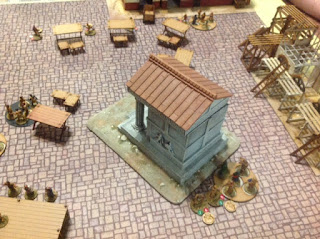 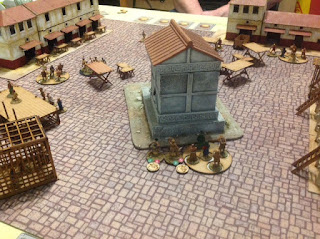 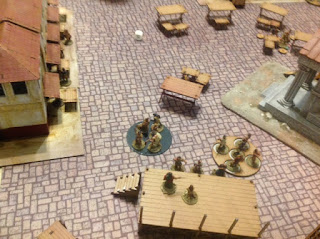 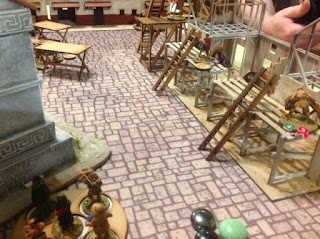 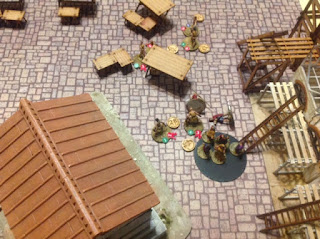 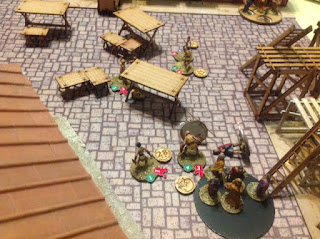 The temple is one I bought some years ago. The game played well we used 95 points and as Gav, my opponent, hasn't got his stuff ready we drew gang members and equipment randomly!
We enjoyed the game it lasted just under two hours ( I won :)) and was most enjoyable. Lots of playability here.

Whilst the motivation is there and I'm waiting on the figures and buildings to arrive I did recall committing to a Kickstarter a couple of years ago for an amphithetre so to while away the last coupleof nights I rattled through the construction of this. 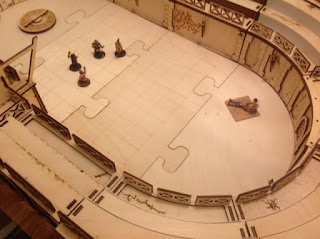 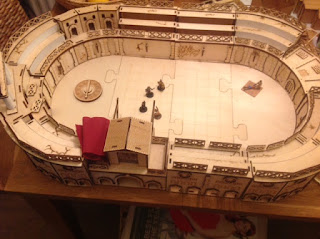 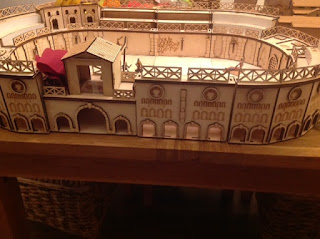 There's a couple of bits to tidy up after I've sprayed it. Not bad for two nights work and no instructions! Down side was on the last but one section I was one piece missing for the fencing but I will make something out of plasticard.
The company was called Hurlbatt but they appear to have been bought out and this is no longer available. I also found time to build a warbases Villa and walls.

Before hunkering back down to 18th century stuff after Christmas a few from the club have pre-ordered some bits and pieces from the forthcoming Footsore miniatures game of 'Gangs of Rome'
Now I knew I had some bits and pieces in the garage for an idea based on the Simon Scarrow novel re a slave rebellion in Crete.
After a short search I found quite a few blisters so over the last two weeks I've managed to complete 52 figures!
All speed painted and there's a handful to go but should let me hit the ground running. 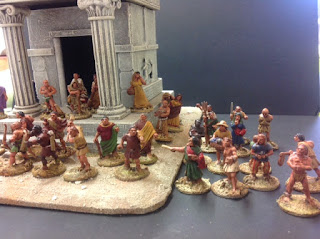 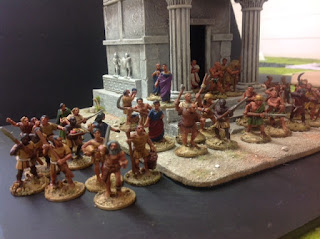 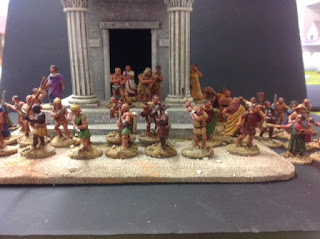 Next up a few buildings and then back to painting Highlanders!