Home again and non stop together with a new project.

Well I've been home a fortnight and this is the first opportunity to play catch up on the blog.

I had to clear some Crann Tara orders and carry on packing the lead and plastic mountain which even though I have sold loads still seems overly large !!!

The Saxon Rapid fire cannon arrived from Griffin and is on the Crann Tara web shop.
And in a moment of madness I bought myself a 3d Resin printer ------ 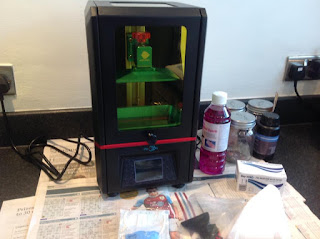 An Anycubic Photon and at a little over £400 is a pretty low cost entry into this world.

I'm hoping to use to print the resin masters for the series of artillery pieces I aim to release in the future and I'm also hoping to do likewise with a new range of 18th century figures I'm having done for me so lets see.
Of course that doesn't stop me looking at all sorts of other silly things that are out there!!!!

Finally to bring a close to my sons wedding and the trip to Chicago - a lot of people commented how my step son is a minime version of David and that as they grow older he gets more like him!!!
Very odd. 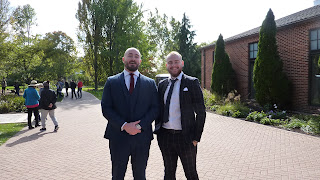 Next update will be back to gaming although it may see a return to some board gaming whilst the packing to move takes it toll!

I apologise for the lack of posts these last few weeks life has been a little hectic. The Crann Tara Saxons have sold extremely well and I have been playing catch up on the orders.

In the interim Dawn and I thought we should look at downsizing - I'm pleased to say games room and study were on her list for me but having sold the house within 3 days of it being advertised we have been running around finding somewhere suitable. We have found a house that provides all we want and all I need :). So house moving before Christmas is on the agenda!!!

Finally I'm off next week to visit my son in Chicago which I am really looking forward to.

Behind the scenes a mini campaign organised by Charles Grant for a future publication is off the blocks and more importantly following discussions with Charles about another book he intends to publish I have been busy converting figures into Von Luckners Hanoverian hussars and Charles has been working on mounted Frei Korps with other troops in the pipeline to accompany the book expect some exciting news in the future.

Little on the gaming front to report other than the usual gaming nights and whilst I have sold the majority of my Greeks ( although UPS appear to have lost a large parcel of them :( the new Mortal Gods game from War Banner looks interesting and I have just enough figures left to use them for this.

In the meantime some of my favorite pics of my British 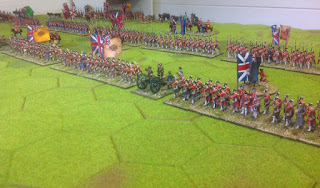 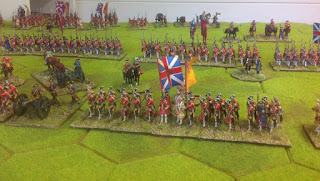