A game at last

After much last minute painting ( incl 24 figures in two and half hours) I managed to pull together enough 15mm figures to do the first scenario of my Gettysburg project!

The game pits Archers and Davis’ brigades of the Confederate army against Cutler and Meredith of the Union.

The game starts after Bufords cavalry have withdrawn. The Union have the Iron Brigade who are all rated elite and slightly better command and control ( I was using Pickett’s charge for the first time so the confederates lacked a commander so only 2 staff officers)
I’ve only taken a couple of pictures as my son and I got too engrossed.

Off board Confederate artillery proved to be annoying  the 5 four gun batteries even at long range kept adding niggling casualties which in the long run hurt the small units in Cutlers brigade.

The 42nd Mississippians got chewed up as in real life , but this time they didn’t quite make it to the railway cut.

As it was Davis’ brigade managed to force Cutler back to the base line, the brigade just about held even though they’d lost half of their regiments and the remainder were pretty roughly handled.

I didn’t do justice with the Iron brigade  - a couple of failed command rolls, but they pushed Davis’s brigade back over Willoughby run and pretty much fought each other to a stand still so at the end of the game both sides held pretty much the ground as in real life.

So now to paint some additional troops and resume the Confederate attack at 2.30! 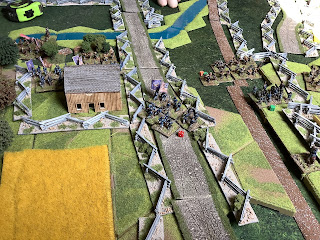 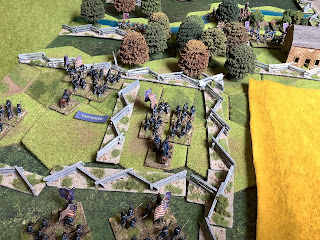 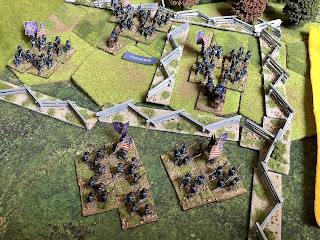 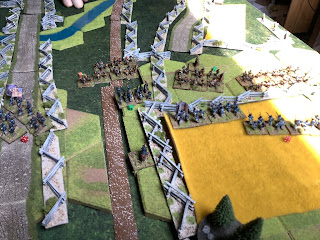 Continuing to seize the moment to finish all the bits and pieces that have been on the bench for too long as well as painting some new pieces.
This week I managed to do the horses and base up the second 12 Saxon Cuirassiers which now completes the regiment.
Likewise I did the horses for the charging General vignette.
New pieces I finished off painting the Fife and Drum Mowhawks which are available in my web shop (next up Huron’s) and in the background you will see another 20 highlanders have been completed.
The next 20 are on the bench - a further 20 will follow and then the 60 figures will be mixed up and based!
The photos never end up how they’re supposed to - apologies 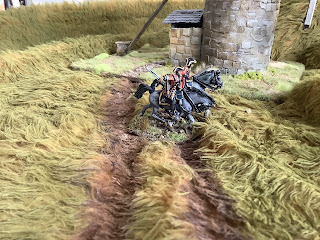 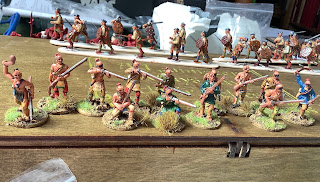 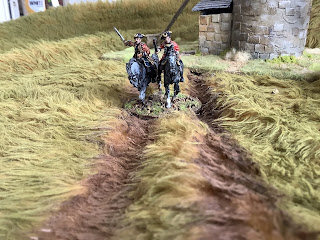 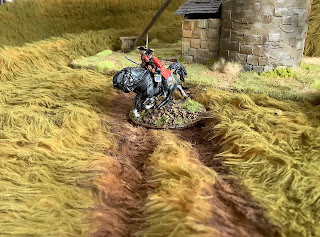 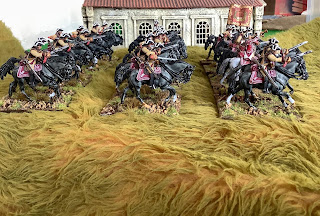 in between clearing orders for Crann Tara I've seized the opportunity to catch up on a number of things that need finishing.
I am hoping to bring my Culloden project to a close this year and put the game on at the Other Partizan to that end today I've finished and based another 48 Highlanders - puts me past the half way point somtheres still a bit of a mountain to climb but the next set is on the desk.
I usually paint these in groups of 16-20 figures and then when I have 3 or 4 sets done I mix them up in the basing process! 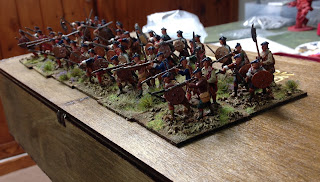 So whilst more tartans are being painted next up will be the horses forvtwo more squadrons of Saxon Cuirassiers - at least my paint stock levels are high!