Horse Guards finished and all ready for departure

Pleased to report I got the Horse Guards finished today so upon my return from America it will be the turn of the 6th Regiment of horse. 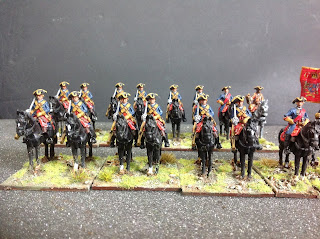 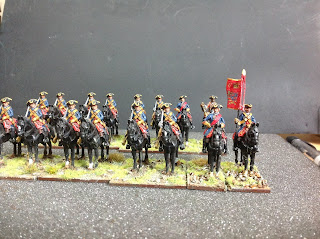 I'm pleased with how they have turned out but next I really need to get Kingston's light Horse done for Culloden - we shall see.
I also managed to get 6 of Keith's Highlanders (87th foot) converted and 6 Freytag Jaeger together with a couple of running British Grenadiers all destined to appear in Charles' book on small actions in the SYW I will get these in the post to Griffin for a master mould and upon my return I will do a few more pieces - mainly Jaeger command and Grenadiers for the 87th. 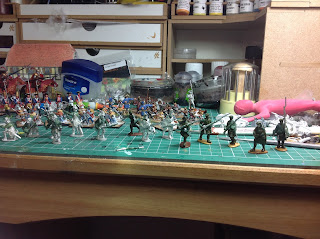 So with that little lot done just had enough time to pack my case for the trip, all I have left to do is sort the reading material and with a trip to Gettysburg lined up I think I know what I will be reading.

I know some visitors here don't visit my Crann Tara blog and most of the time I try to keep things separate between the two, however on this occassion it's a repeat post.

The one good thing of having your own figure range is that you can effectively get whatever you want, the downside is the commercial aspect and not everything I get made is done to be a commercial success 🤣 Of course if I was a talented sculptor like John Ray et al then the world would be my oyster!

Any way ages ago I decided I wanted Naval landing party there are loads of small and large scale engagements -minicampaigns where ships crews were sent ashore. It's taking me a long time but I've eventually got what I wanted and taken a bit of a financial risk in doing so.

Richard Ansell has sent me photos of the 16 figures coming my way, plenty in bare feet to act as crew on ships and the four open handed figures are designed to act as gun crew or take the melee weapons we've made.
Exciting times ahead. 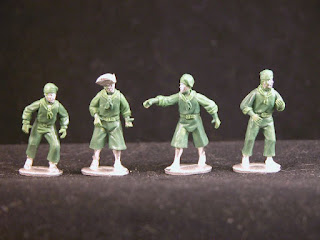 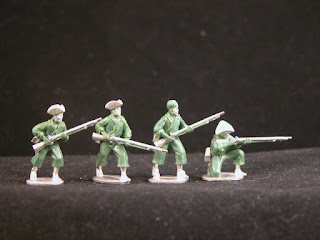 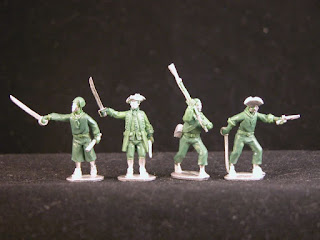 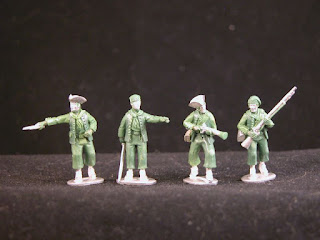 With the oncoming trip to America in two weeks to see my son, the preparations for Salute then as always time is limited however I'm determined to make the most.
So this last week I finished the horses and basing for the Horse Guards they are awaiting the issue of the standard and the Matt varnish to complete.
I then need to do the 16 horses for the 6th horse whose troopers are patiently waiting for their mounts.
On the bench I have started on making the Freytag Jaegers, the project with Charles on his next book on small scale actions of the Seven Years War see the requirement of quite a few new troops. With sculptors time limited some of it is down to us.
I did the Von Luckner Hussars and Charles did the Mounted Freytag.
Now it's pressing on with the foot Freytag and some Keith's Highlanders who apparently feature quite heavily in some of the actions. Hopefully I will get these off to Griffin before I leave and will do Grenadiers and command upon my return
The joys of a busy life.
Just nosing in is a knight from the Lannister faction of A Song of Ice and Fire, with the last season fast approaching it would be remiss of me if I didn't try to finish the army. 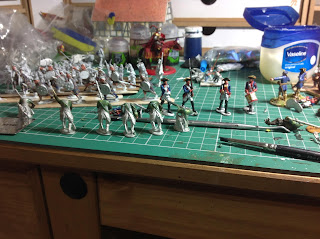 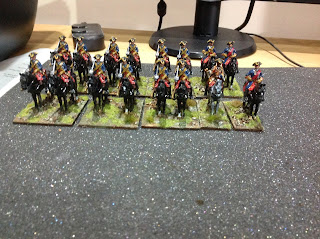 This weekend saw my travel up to Scotland for my first game of the year at Charles Grants.
As usual my opponent was John Dougan and on this occasion Charles managed to get involved.

The game was part 1 of the Battle of Wilhelmstahl, part 2 to be fought in May.
Only a couple of teaser photos as the game will feature in Charles' next refighting. History books 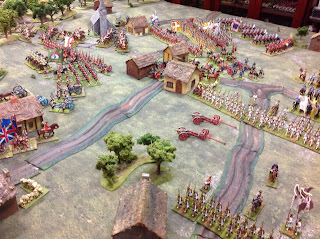 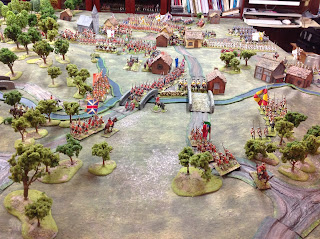 This was taken at the end of Saturday's fighting with a lot more to happen on the Sunday.
It was another hard fought action with some real challenges.
As usual the evening was spent discussing our wargaming lives 🤣 Yet more plans for Crann Tara and a discussion around Ferdinand of Brunswick compared to Frederick. My own view being that Ferdinand was a better General than Frederick, he was normally outnumbered had to command an army of diverse nationalities and generally took the offensive.
At least that's my thoughts.


For those that want to know more -
https://www.britishbattles.com/frederick-the-great-wars/seven-years-war/battle-of-wilhelmstahl/
Posted by Graham C at 19:30 5 comments: