This week off the bench.

well I’ve finally finished the 30mm flats and made lots of notes on rules, figures etc.
I’ve enjoyed doing these and look forward to doing more. 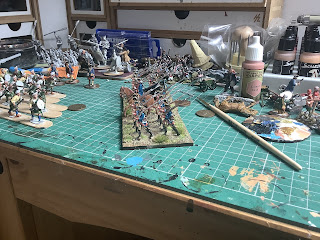 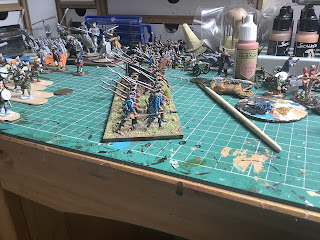 Steve finished painting the new Mowhawk figures, I’ve started basing next up is the Provincials need a couple of units finishing before Richard finishes sculpting the civilians 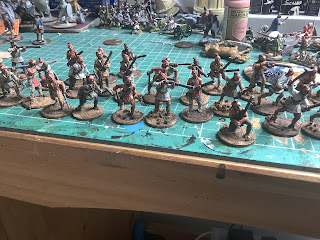 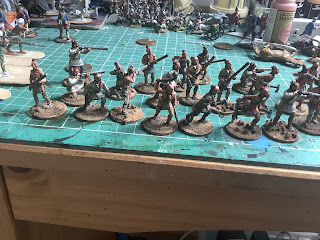 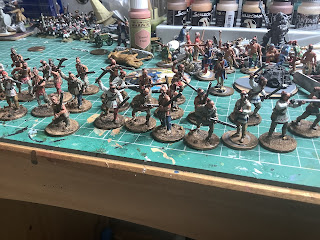 I like these guys my FIW collection is growing quickly and I think I need to get Richard to sculpt some more British regulars in cut down coats etc and seated troops for boats!
Back to some more Highlanders this coming week. With the cancellation of the other Partizan it gives me a little longer to get the Culloden game finished but I’d rather stick with it and try and have it done by October.
Also been notified Salute next year has been brought forward to the 10th April! The Nightingale ( as far as I know) isn’t due to be decommissioned until the end of March let’s hope it’s not needed! and even then I’m still not certain how shows will be received early next year.
Keep safe

A bit more C&C and a touch of nostalgia

Last week saw my son and I continue our AWI foray using the Command and Colours game.
On this occasion we started with Grant’s attack at the Battle of Long Island.  In effect the British were attacking to pin the continentals whilst their flank attack developed ( the flank attack is another scenario)
I should have realised how this game was going to go when the British pre bombardment destroyed 50%of my battery, the early cards played showed the British were going to push on their right. 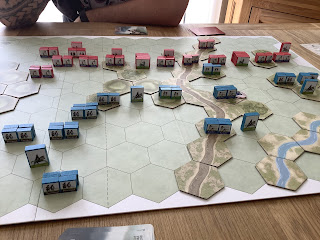 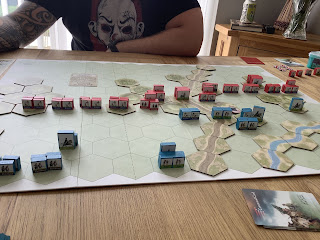 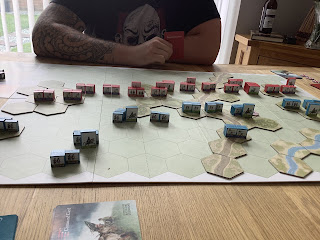 Co-ordinated attacks all along the British line gradually pushed me back and off the main ridge line, my son managed to keep his troops and commanders in contact allowing him to maximise any type of line command cards. 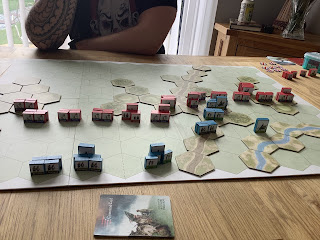 Despite me having decent command cards in this game my dice throwing was little better than average whilst as you can see the British were having success. 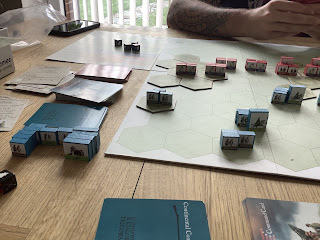 This continued throughout and it wasn’t long before the Americans were forced to concede defeat. The photos above and below show the casualty stacks! Couldn’t hit a barn door comes to mind for my forces. Who needs a flank attack when you can destroy all before you? 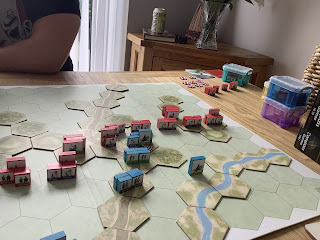 Finally a wonderful piece of nostalgia found this on the dear Tony Blair blog.
http://www.deartonyblair.co.uk/2020/07/hinchliffe-models-promotional-film-from.html

It is well worth a watch and really underlines how successful Hinchliffe models were in their heyday, I could just never do their 28mm figures justice - I also wonder what happened to their large scale figures - did sky tree get them and not sell them?
Peter Gilder makes an appearance and I had the pleasure in meeting him on a number of occasions, quite a few times over the gaming table when playing WRG Ancients and he brought his wonderful Sassanids and also when he offered me 8 castings for 1 when he acquired my one battalion of Painted Greenwood and Ball Napoleonic British infantry and I ended up with 240+ Hinchliffe Prussians which I never finished painting! Halcyon days?

There are only so many tartans you can paint before you need a break.
Paul Robinson - Grimsby Mariner on his blog had gone back to his SYW project using flats and of course that got me thinking!

I’ve had some flat figures for some time but never brought any to conclusion - my original thought was to use the ancients to do a Greek -Persian conflict using a Command and Colours set up.

Anyway I decided to paint a ‘base’ worth up. 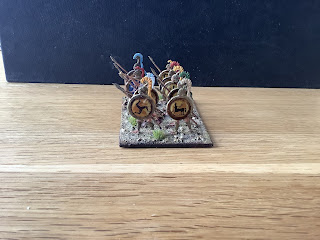 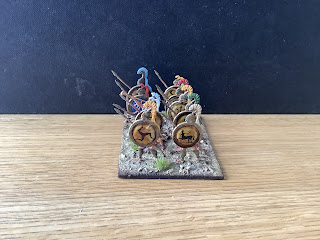 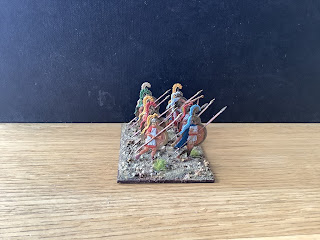 Not come out too bad I think! I like the idea of doing mini vignettes etc and they’re quicker to paint than rounds!
That then got me thinking of the SYW whilst I’m painting Jacobites,Saxons, British and French I can never see me painting Austrians and Prussians so I’ve started a couple of samples hope to have them done by Wednesday 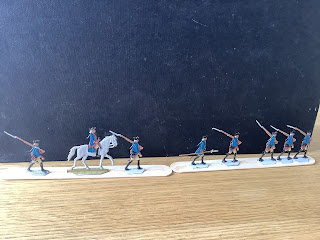 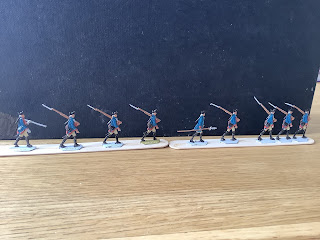 Quite enjoying the short break.
Tomorrow more AWI gaming with my son