It's not very often that i get to visit a show these days as a fee paying 'punter' but Fiasco held at what used to be the Saville suite opposite the Royal Armouries is a show I try to go to just to catch up with people and see what's happening from the other side of the table.

So it was that Sunday morning, after that extra hour in bed, saw me driving the 70 miles to Leeds arriving just after 10.

The show itself I feel is not as good as it was in the glory days of the 90's but it has held it's own as a medium sized show with a good and varied selection of traders.

There were a few games that caught my eye but compared to the likes of Partizan it certainly lacks the 'show' of the real historical games as is my like.

Trader wise I spent most of my money with Martin at 'Warbases' on bases and some more of his superb 15mm Ancient Roman buildings. I have seen his company grow from it's inception and to be fair he is one of the nicest people in the business and produces fantastic product.

The other chunk of cash went to Trevor and Paula on Coritani Miniatures/Magnetic displays on all sorts of bits, paints, brushes etc.

In addition I bought some 6mm ACW buildings from Leven miniatures who do some wonderful stuff including a very nice Vauban fort.

1st corps almost tempted me with their new ancient Thracians and more Dark age of which I shall no doubt buy some of shortly but I cam away lead and plastic free. There are loads of nice figures out there but the days of impulse buying seem to have passed me by or is it that I'm just becoming a grumpy old man!

Nice to touch base with quite a few people as well. Down side of the venue is the extremely poor lighting and the catering, apart from buying some very nice cake off the charity cake stall I had my meal in the Armouries.

Now onto the games that caught my eye and apologies for some of the pictures as I said lighting was horrendous.

James Roach with his Seven Years War rendition of the Battle of Zorndorf was the best by far  and the only other game I took photos of was Leven Miniatures 6mm Siege of Gondor - not enough figures but the model of Gondor and of the figures was very nice.
That doesn't mean the other games were poor they just didn't do anything for me. - more Grumpy Old man!! A show still worth a half day visit with a follow up to the Armouries. 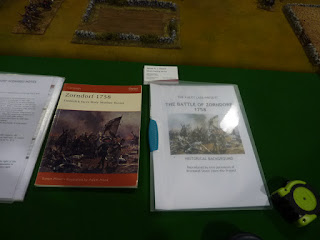 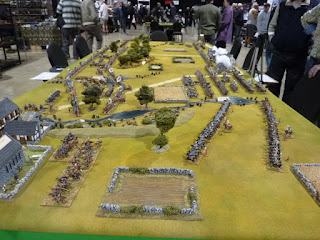 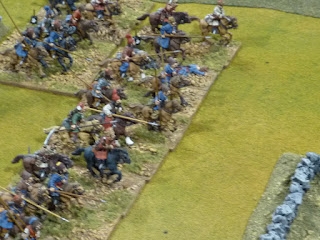 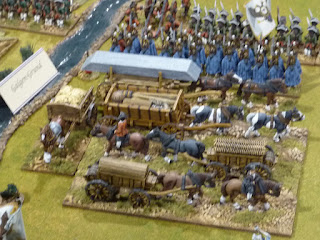 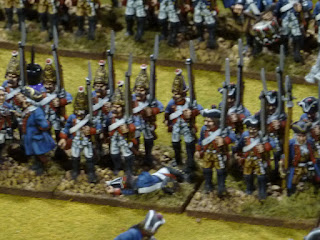 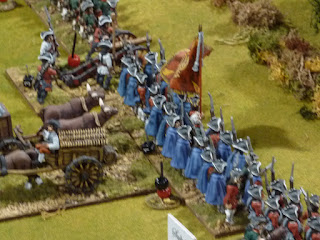 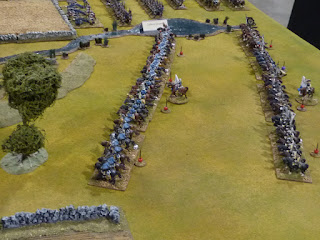 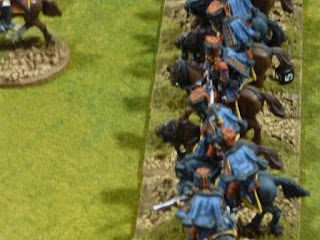 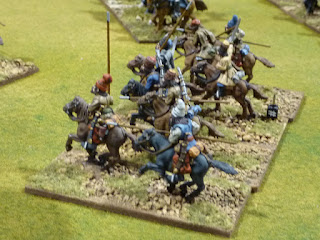 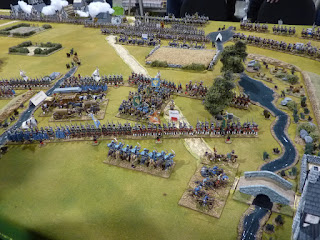 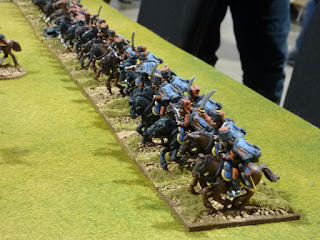 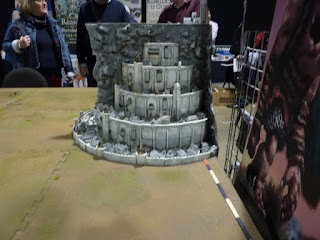 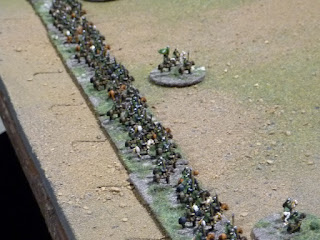 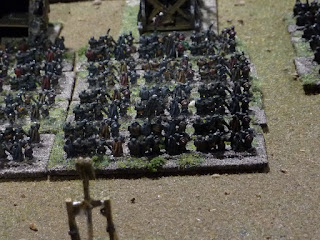 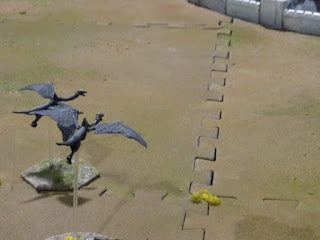 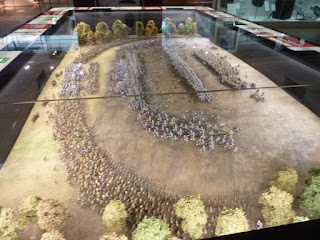 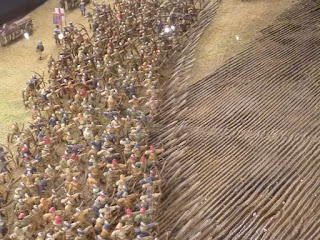 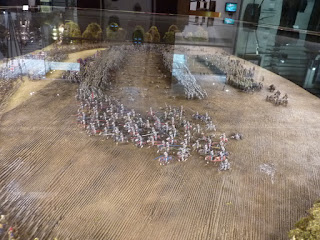 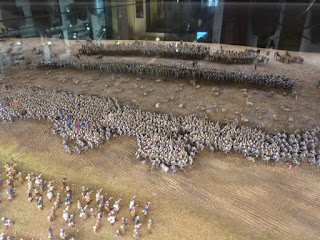 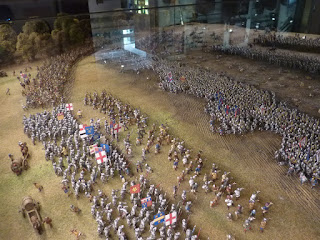 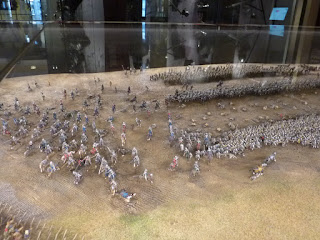 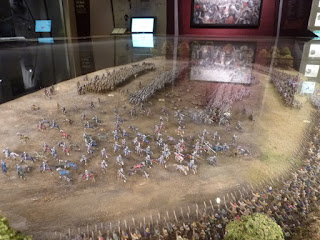 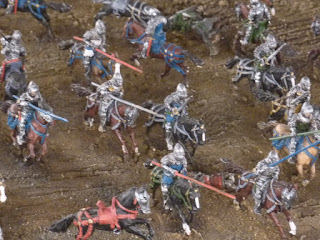 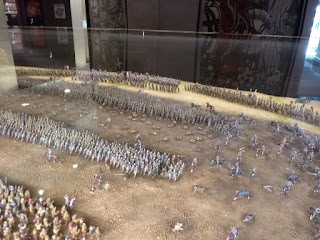 My next blog installment will be a bit about gaming and Paper Soldiers!!!

These have been a long time coming. The riders are painted by Steve Allen I did the horses etc and on this occasion had to have a go at the guidon.

I gave up painting flags years ago but as none seems to do this one I had to have a go hence the delay.
It's passable!

Just got some horse holders to do now. 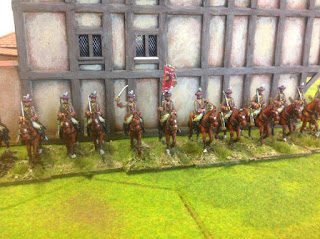 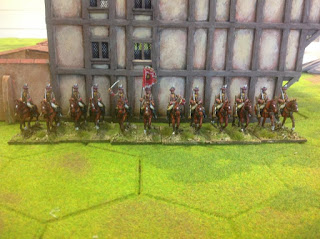