My son popped round for a few hours today and he had asked if we could continue our Command and Colours AWI run through.
Today we went for the Battle of Monmouth, again I just ran with the game scenario and didn’t look too closely at the accuracy of the oob’s.
After the first couple of moves my Continentals and Rifles were pushing forward on the left and being countered by British lights and regulars 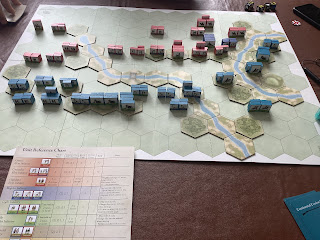 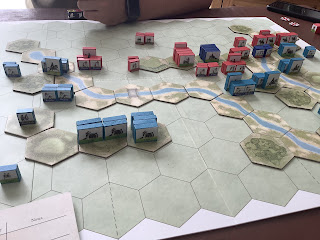 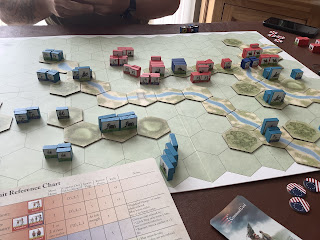 A co-ordinated assault by the British in the centre and their left flank put an end to any hopes I had of winning. Another close game, a most enjoyable way to spend a Sunday afternoon. A few more scenarios to play yet before the French arrive. 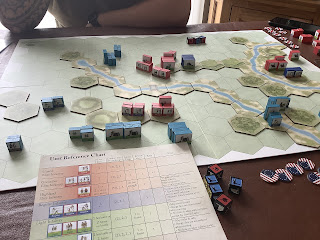 G'Day Graham, Good to see the AWI C&C game in action. I'm waiting for a copy to arrive from the US. It's been 3 weeks so far and I suspect it may be another 2 or 3 weeks with our current reduced air freight capacity. Have read your report I'm really looking forward to playing with the family. Cheers Greg (Delta Coy Blog).