When my close friend Lee died in November 2013 I was tasked with disposing of his large wargames collection of figures and books.
The one collection that was retained by his family was his Irregular miniatures 42mm Franco- Prussian/Austro - Prussian war collection. Lee and I did many a demo game with these splendid chaps painted in a traditional style - gloss varnish and all.
Today his family decided that time moves on and have asked me to dispose of  them
I haven't counted them but in essence there are 9 box files of painted figures  - Infantry, Artillery and cavalry. A full count will take place later.
His wife has asked that I just get rid asap and therefore I'm looking at £1 an infantry figure and £2 a cavalry figure if someone takes the lot. Theres also a couple of medium sized boxes of unpainted figures thrown in for free.

By way of an example here's a couple of pics of some samples from the collection
I have now done a count up, in total there are 635 infantry 80 cavalry, 7 guns, 2 limbers, 2 wagons pack mules farm animals etc.
The armies covered are French, Prussian, Bavarian and Austrian I have a detailed break down of each. Infantry units are 18 figs and cavalry 8. The three main protagonists each have 24 cavalry and a good mix of infantry/ light infantry etc. The Bavarians have 80 infantry a general and 4 gunners.
Including the unpainted stuff looking for £950 or near offer
THESE ARE NOW AVAILABLE AGAIN UNFORTUNATELY THE ORIGINAL BUYER HAS CANCELLED 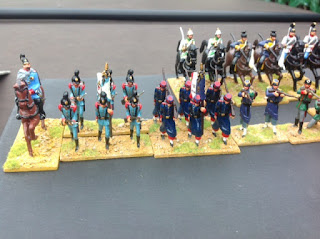 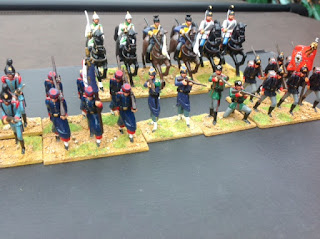 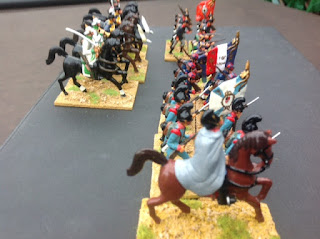 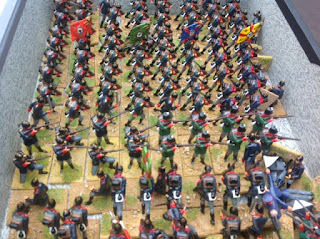 If any one is interested, wants more details and is willing to make an offer then get in touch.

There was also a box of 54mm Napoleonics (metal) I don't know make etc but again if anyone is interested and wants to make an offer then get in touch. 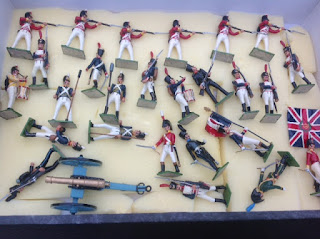 Dare I say it there were also a few boxes of unpainted figures found in the garage which I now need to wade through!!!
Posted by Graham C at 13:11