Just about finished Colonel Rupert Gibb, founder of the Albion Light Infantry, he raised the unit at his own expense in order to raise the profile of the aggressive use Light Infantry on the battle field.

He has succeeded in receiving orders to deploy his Regiment close to the borders in anticipation of offensive action shortly. 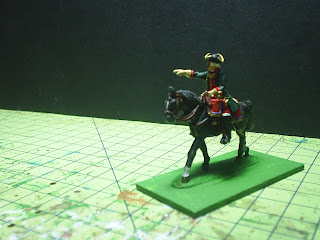 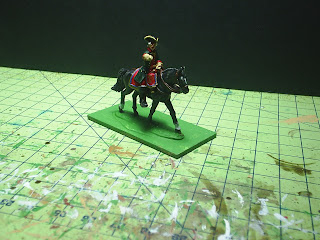 Apologies that the pictures are a little dark, will take some more once his base is finished and he has joined his unit!
Posted by Graham C at 21:59